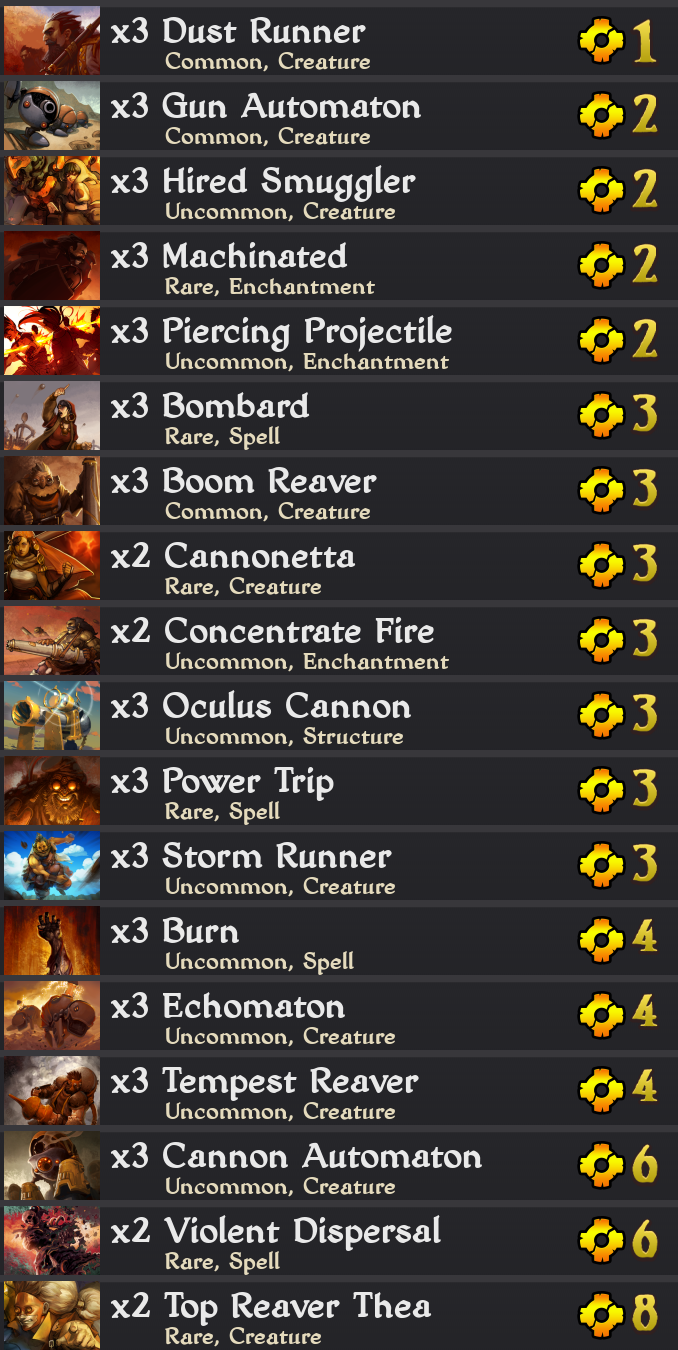 Made it to rank 1 with this deck. The idea behind it was to build a ranged deck that does not rely on Automaton synergy at all. While I love playing Automatons and have done so a lot in the past few days I found them too unreliable. You need to build up turn after turn and you can easily snowball out of control. However if your opponent manages to clear your board (Quake + Frostgale for example) it becomes very difficult to find back into the game because you have to build up that synergy yet again starting from scratch. Therefore I wanted to try the complete opposite way and forgo Scouts and their ramifications altogether. It worked out better than I had imagined.

Some popular Scrolls that I left out:

Anything else you want to know? Feel free to ask me either here or ingame ;)