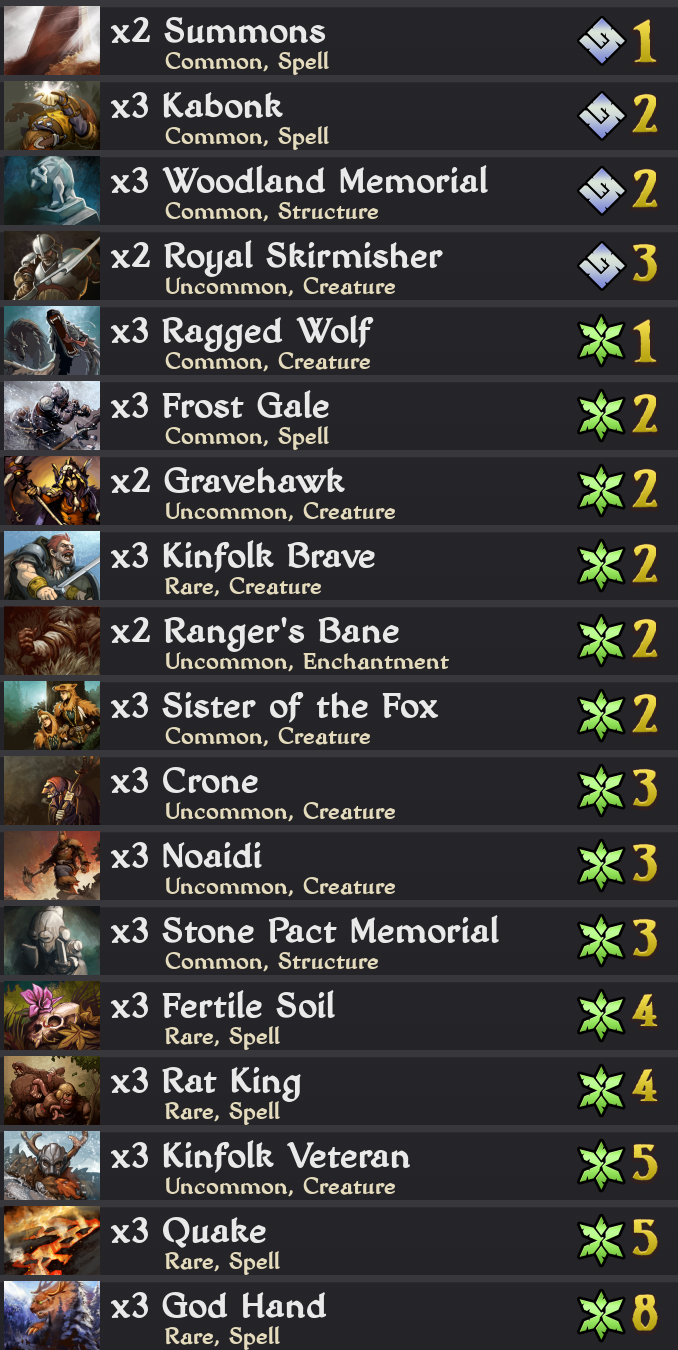 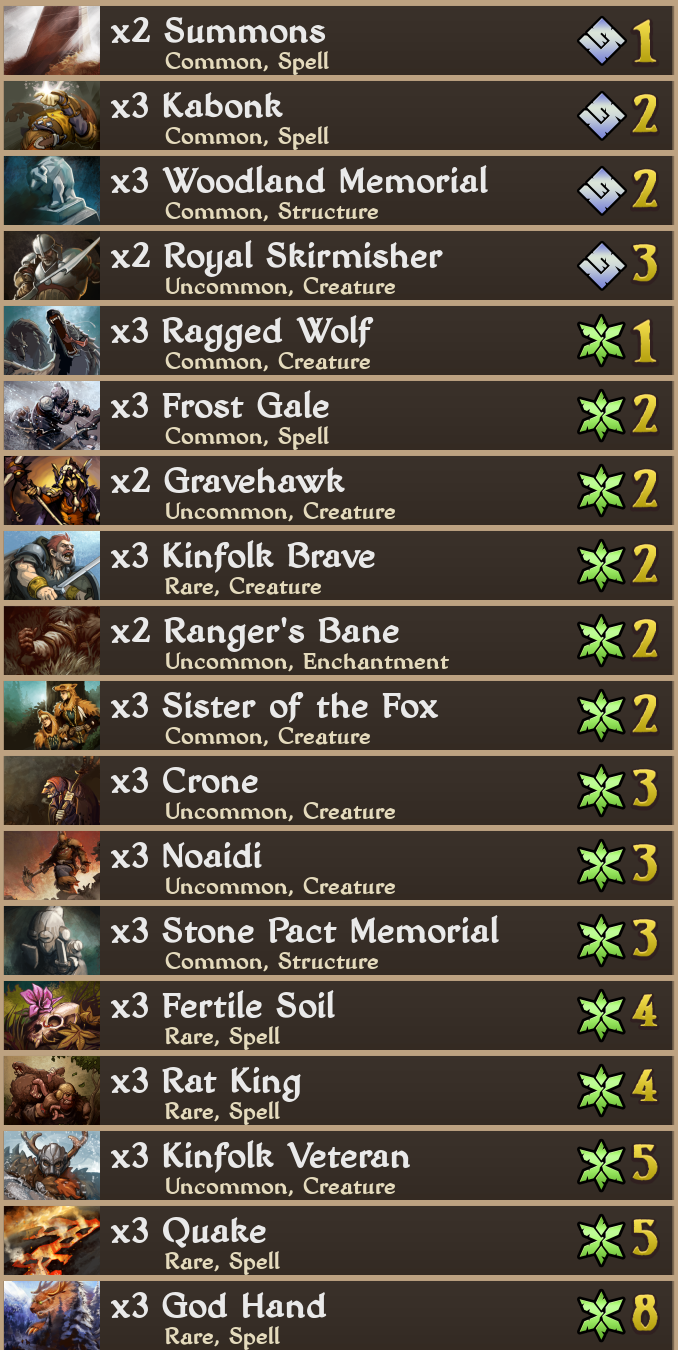 Hello. This is ingame user BabySpiders. After a lot of testing this is the best GO Draw deck I could create given the current meta. Innitially my play of this deck started off much more like the old go draw decks that relied on ramping both growth and order. This deck pretty much exists to help ramp growth as high as possible and only has around 10 order cards. As a player I've maxed out at around top 10 on ladder with strong meta decks and I've come to the conclusion that this is not a top 10 type of deck. It's just not reliable enough and has a hard time dealing with big or armored creatures without lucky god hands. However, I consistently fluctuate around 1700-1800 with it so it's not a pushover deck either and it is pretty fun to play. I think this deck has a much higher power level than similar decks that rely on arby's or vanguards. Like many multiresource decks it is a bit tricky to play and as such any mistakes you make will be enlarged. Just thought I'd share since a few people had asked me for the list. Maybe in the future I'll write up a true guide. I do not have the time at the moment. -BabySpiders