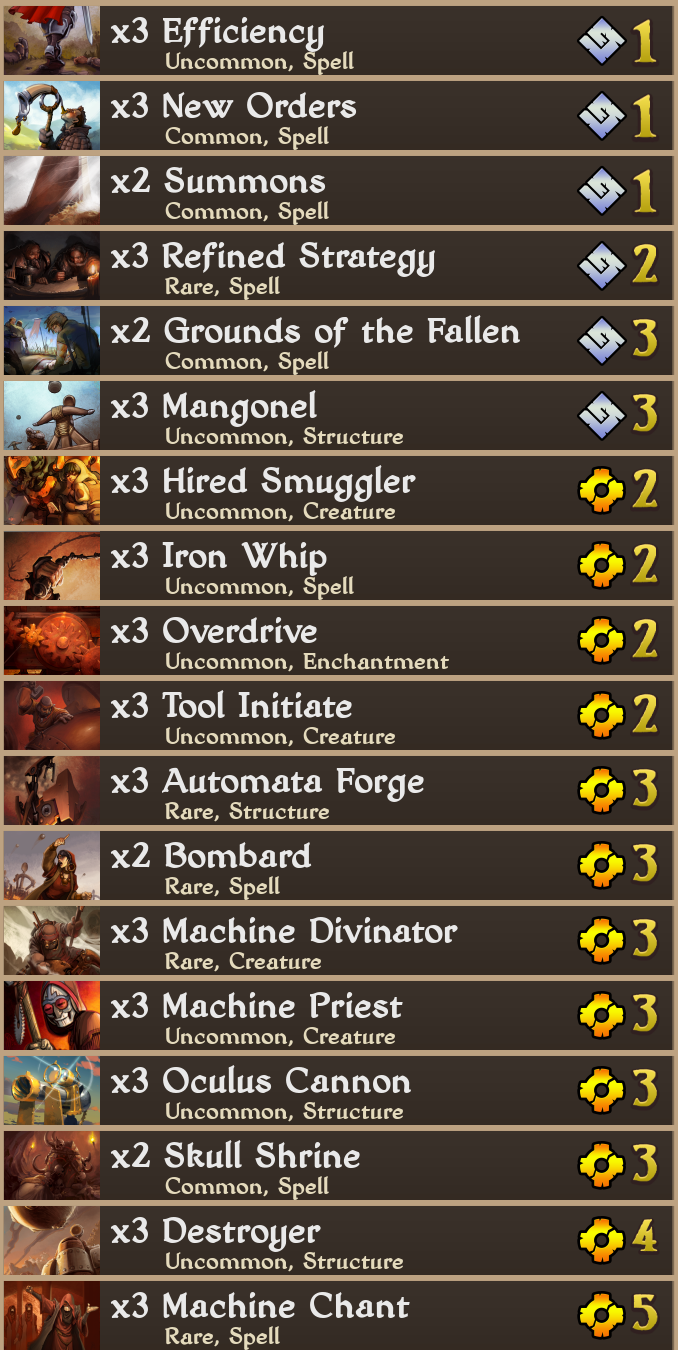 This is something I had never anticipated to build.

The idea of this deck is that you have a lot of structures with attack.

And then you increase their attack. Genius, right? (I know how dumb that is)

New orders and Refined Strategy are nice if you need to reposition, refined strategy is especially nice with Machine Divinators and Oculus Cannons to obliterate a lane.

Tool Initiates, Iron whip and Efficiency increase the attack of your units.

Destroyer whip is a nice combo - as well as Overdrive on an Oculus Cannon or a Mangonel - and to dampen the punishing one damage and increase damage you have the Grounds of the Fallen (which sadly) also decreases the damage of your Machine Chant.

Bombard is almost always nice, be it for lobbers, Cannons or Gun Autos / Smugglers.

Pump out 3 damage Gun Autos every round with a Machine Priest on the field and Overdrive on your Automata Forge.

Skull Shrine, Efficiency and Machine Chant boost your resources so that you can sacrifice more often for draw. (otherwise you only have your smuggler to help with that)

This deck sound dumb, looks dumb and is dumb.