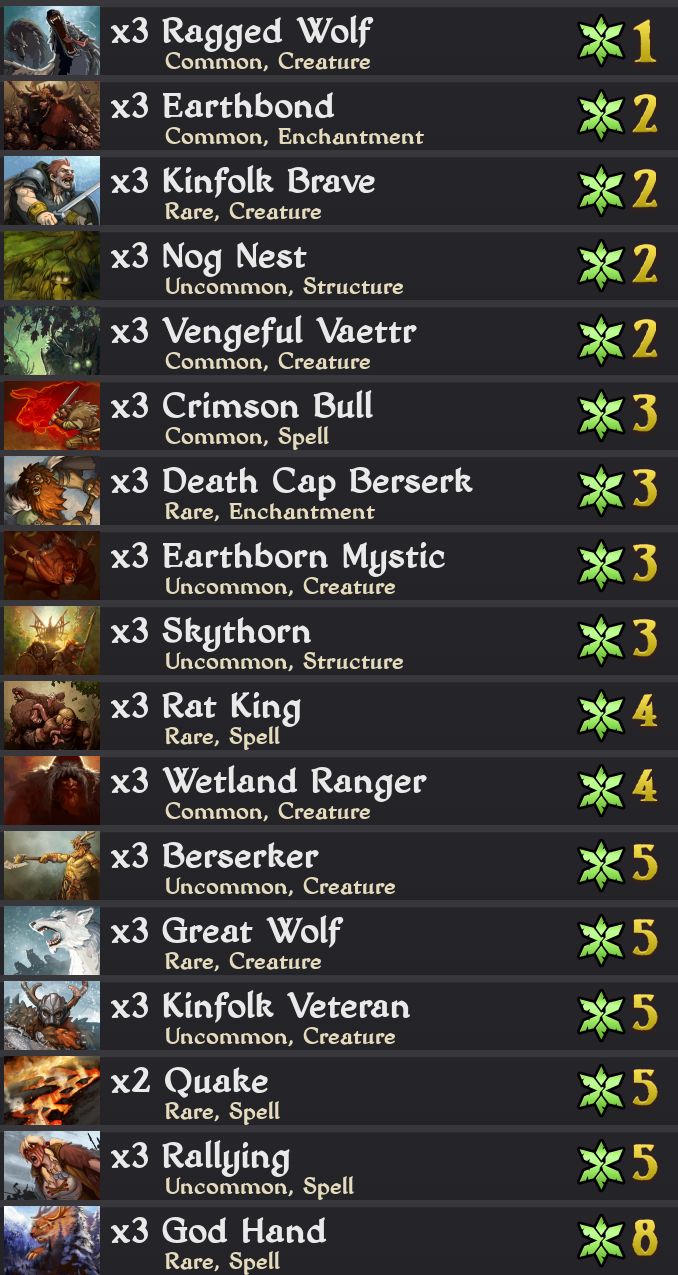 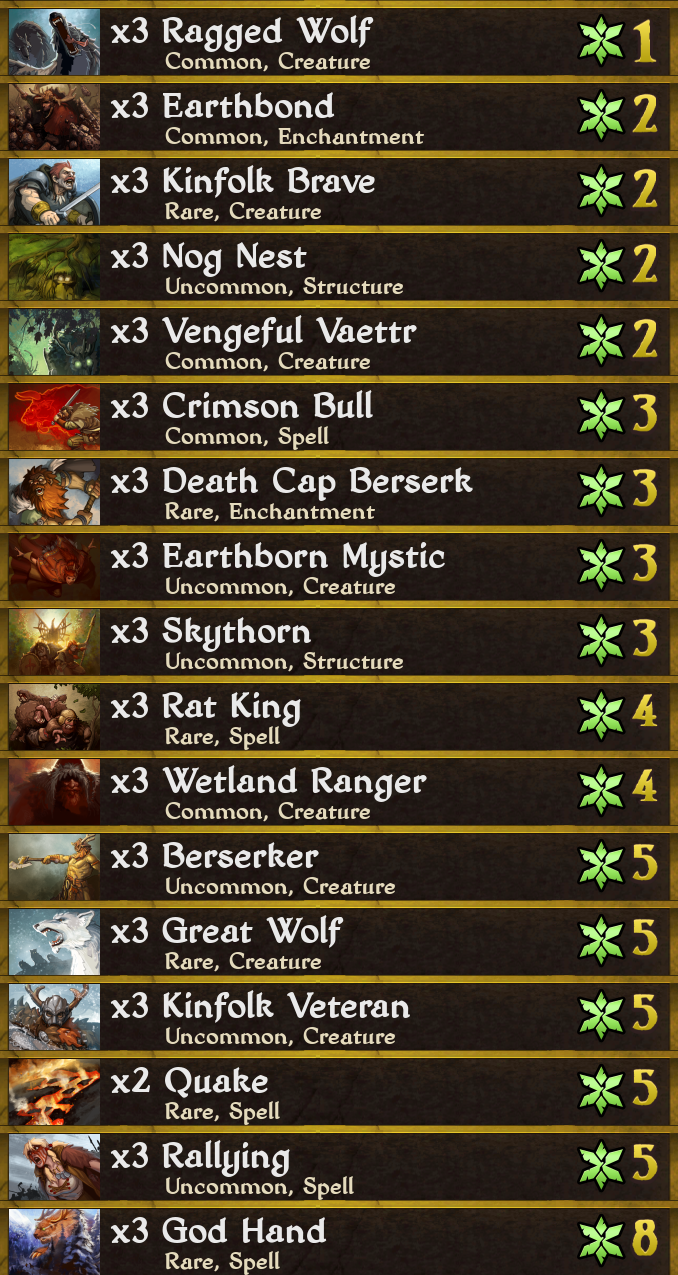 This is what is essentially a Late-game growth deck, with quakes to boot. Your only enchantments in this deck are elan vital and deathcap berserk, which can be played combined or alone on three primary targets for maximum profit.

Vengeful Vaettr (great booster, but I would never do this versus Decay/Energy since they have ways of removing it)

... and any other unit with a 2 Countdown you want to attack regularly (less useful on the Berserker though)

Quakes is there to push through at times, and synergises with Berserker.