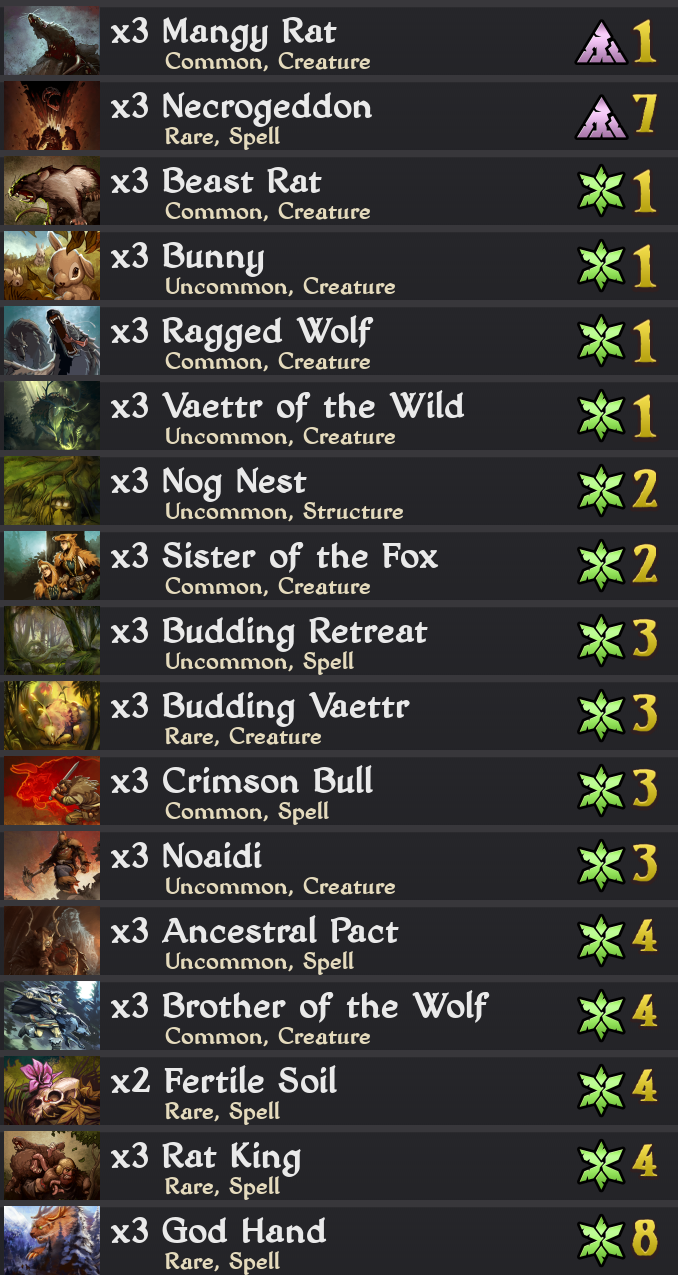 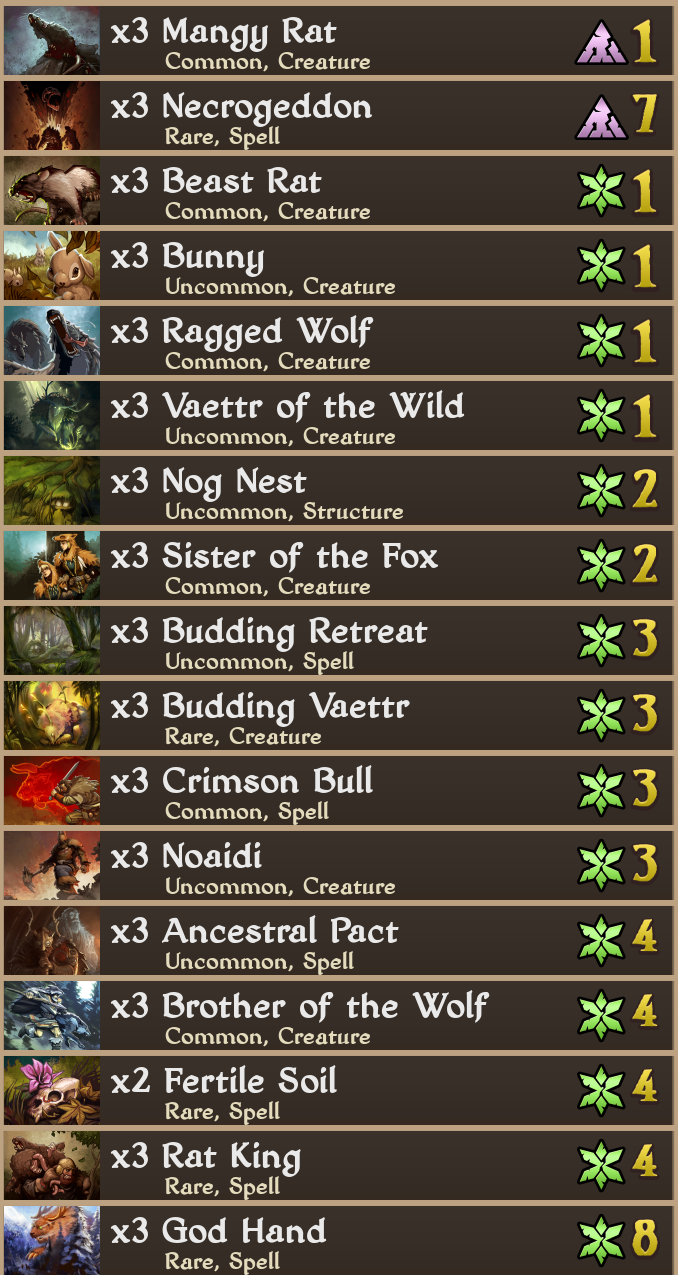 This is my latest version of the infamous "miracle pudding" deck.  But since that is a silly name, I try to call it Rats 'n' Bunnies now and then.

How it works:  You play carefully with your hand in mind, with the goal of rapidly generating resources using Budding Retreat/Vaettr to unleash a very quick Godhand or Necrogeddon.  Avoid the temptation to play your cards just because you can get them on the board.  They are often stronger in your hand to be played later.  -more detail later for those who are not familiar with the deck-

Why I chose this selection:  Skythorn I find too slow and requiring too much investment to get the payoff, and too vulnerable to opposing units.  It just doesn't do enough on its own.  The card you have to spend to get it to draw into your combo are often quite good combo pieces on their own.  I've recently returned to using Brother of the Wolf since being able to spawn a unit for free accelerates your resource engine immensely, with less budding effects in the deck (lingers not being stackable) I'm finding what it bring more valuable than it was on test.  Culling the flock, Rally, and Essence feast are more suited to a mono growth version, (since they are more reliant on beasts) I still find generating wild fairly easy with practice, and the powerlevel of necrogeddon is too good to pass up, so I did not go this route.

Details:  If you are playing a unit when you are not casting necrogeddon or godhand it better be on this list:  vaettr, sister of the fox, nog nest, or brother of the wolf.  (This isn't quite a strict rule, for instance you may need to play out a bunny to block an attack from hitting a Budding Vaettr or nog nest, but when learning the deck, it is a good rule of thumb)  The nog nest and brother of the wolf should be used to try to generate free resources by having their spawns occur when you have a budding effect in play.  Try to recoup the losses you spent on these cards before you could build a combo using Ancestral Pact.  Later in the game you will usually not want to use nog nest anymore.  It's primary purpose is to enable turn 5 combos, and later it becomes too slow once you have the resources for more immediate plays.  Try not to ever sac Noaidi, Rat King, or Budding Vaettr.  They are generally the 3 more important cards to enable this strategy.

- I expect most people reading this will already know how this deck works, but I also realize that if you don't it likely is still confusing, I might add more explaination if there is demand for it.