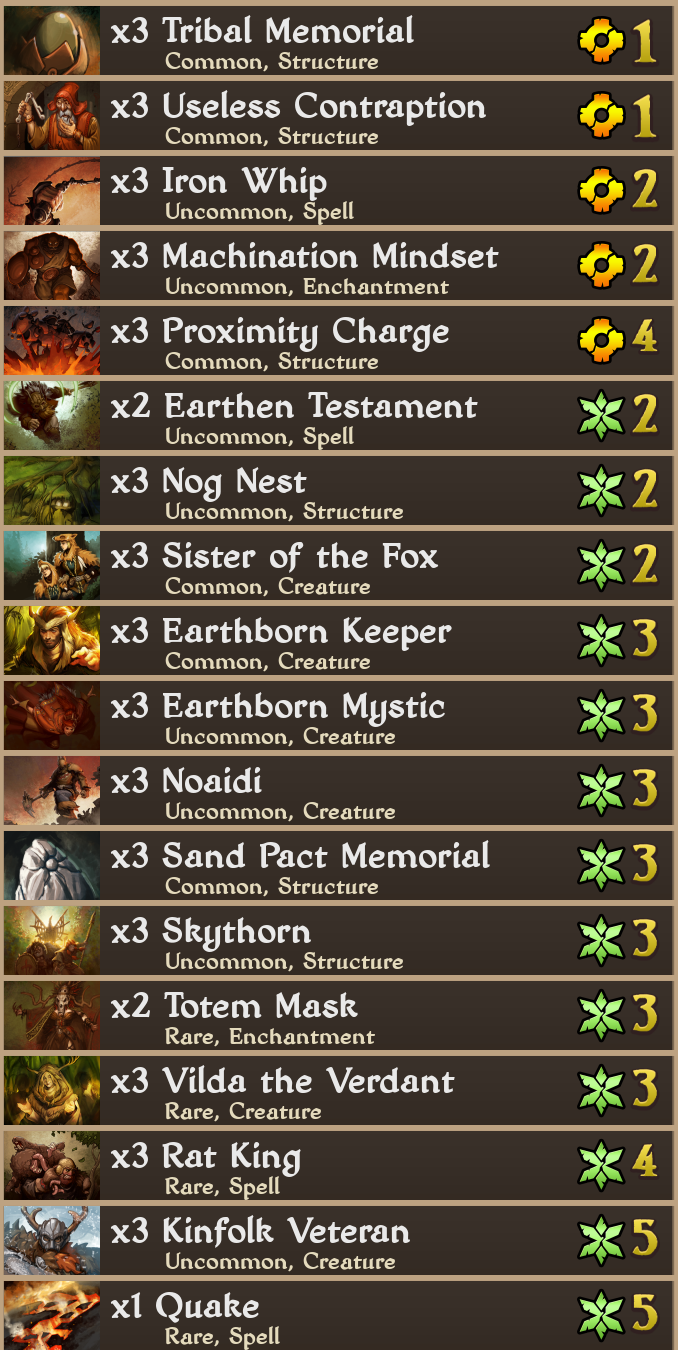 I wanted to make Totem Mask work because its effect is really powerful once you get to use it, so I brewed this deck.

The goal of this deck is to make a giant Vilda with Totem Mask and Machination Mindset on it that destroys everything. The rest of the deck is mostly built around making this possible.

Vilda is the perfect target for the mask as she has Ward and grows even bigger than most other targets would.

It runs some amount of draw to find the needed pieces, some cheap and efficient structures for stalling, ramping and enabling Totem Mask, a bit of removal and resource generation.

Earthborn Keeper is the latest addition (replacing Terrene Brute after its nerf) to have an additional threat who can carry enchantments well and also synergizes greatly with the creature and structure spam that this deck has.

Many Scrolls in the deck don't only support the combo but are also versatile and efficient by themselves, like Nog Nest or Earthborn Mystic, which makes the deck more reliable than it might look at first.

With Noaidi and Sand Pact Memorial this deck can actually do all that it needs to without ever saccing for Energy if necessary.

Depending on the draw this deck wins in midrange territory between turns 10 and 20.