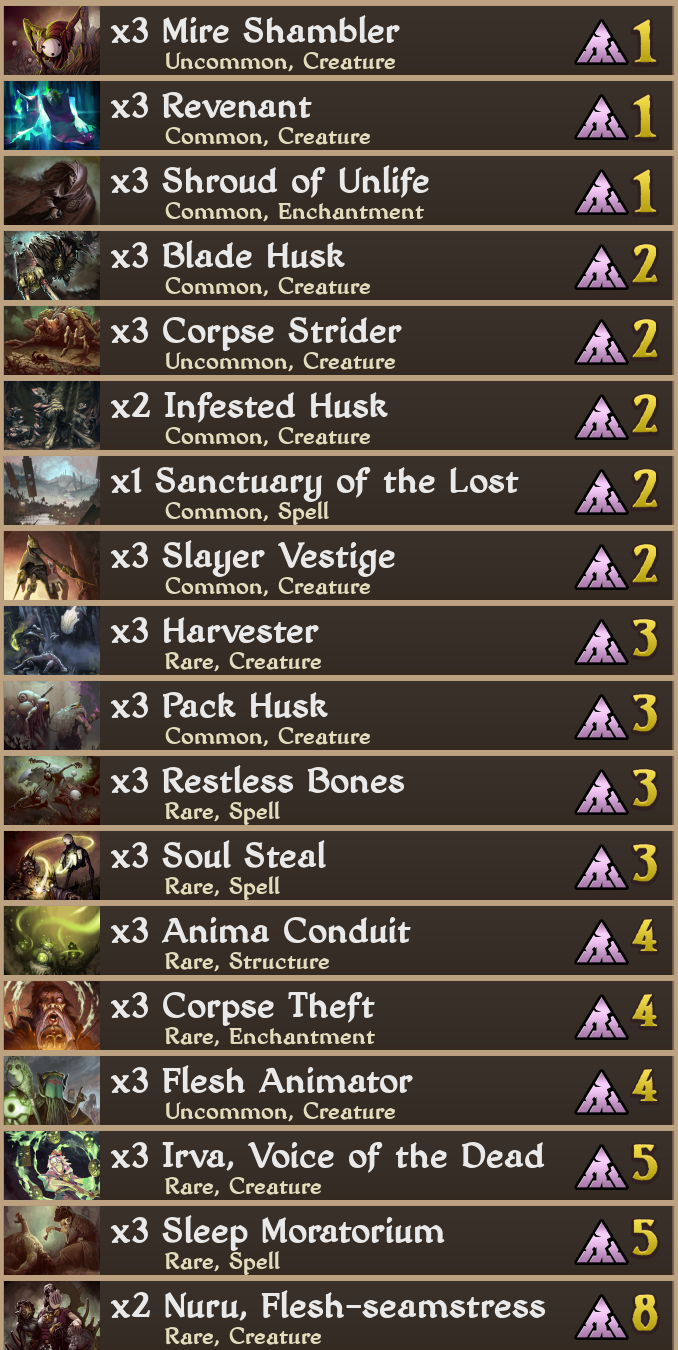 This deck isn't aggro nor control. It's something between and it's getting power from everything that is strongest in Death.

Blade Husk, Slayer Vestige, Pack Husk, Infested Husk - Core of Death's army.
Mire Shambler - Low cost to put as 'living' shield in first turn. Later it's cheep damage dealer, but you hope it to die, once Corpse Strider is in play. Still you should learn how to kill with this guy.

Corpse Strider - If you don't love this beauty, this deck isn't for you. Revenants are living (again) just to strengthen him. Just don't put him on front, and be careful, while fighting against spell castings decks (especially energy).
Sleep Moratorium - You need this to play Nuru early.

Nuru, Flesh-seamstress - All powerfull queen and godess. If played early, will help you overpower opponent. Latter you really want to active dominion for her boost.

Corpse Theft - Don't turn your back on the bodies. Or in emergensy put it on your unit, you dont want to lose.