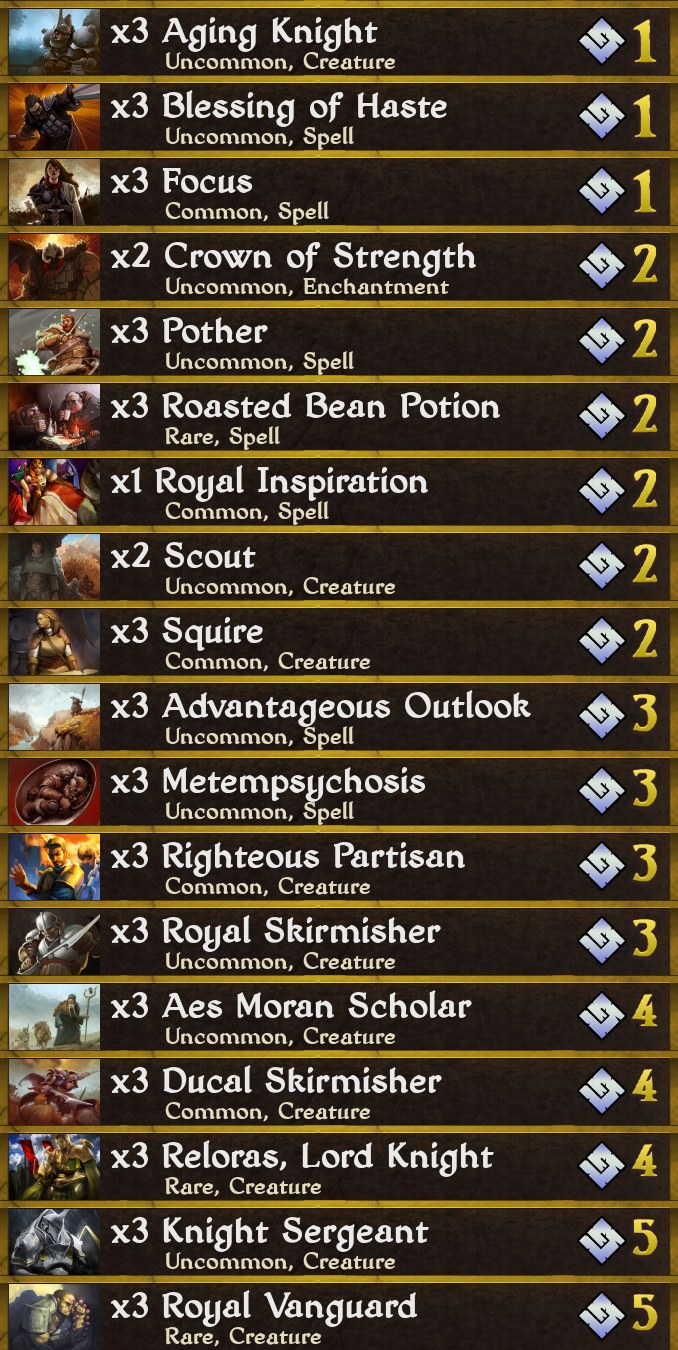 Hey guys, just a quick deck concept that I've been playing around with and enjoying:

MetempKnights is a Knight deck that uses Metempsychosis with Royal Vanguard, Knight Sergeant, and Aes Moran Scholar to double up on "on Summon" and "on Countdown == 0" triggers. This allows me an easy way to double proc these cards, while also letting me play against the Knight theme.

One of the main aspects of the deck is the high amount of Sifting that it uses. Sifting allows me to better set up my turns, and provide better Tempo control of the field (in addition to providing a pretty solid buff to Aging Knights and friends, with Advantageous Outlook).

While advantageous, Metempsychosis still isn't in a place I'm happy with: it's honestly a downside compared to running a more traditional mid-range or tempo Order deck. I'm hoping that added versatility in allowing it to target your opponent's stuff helps solidify it as a valid deckbuilding option.