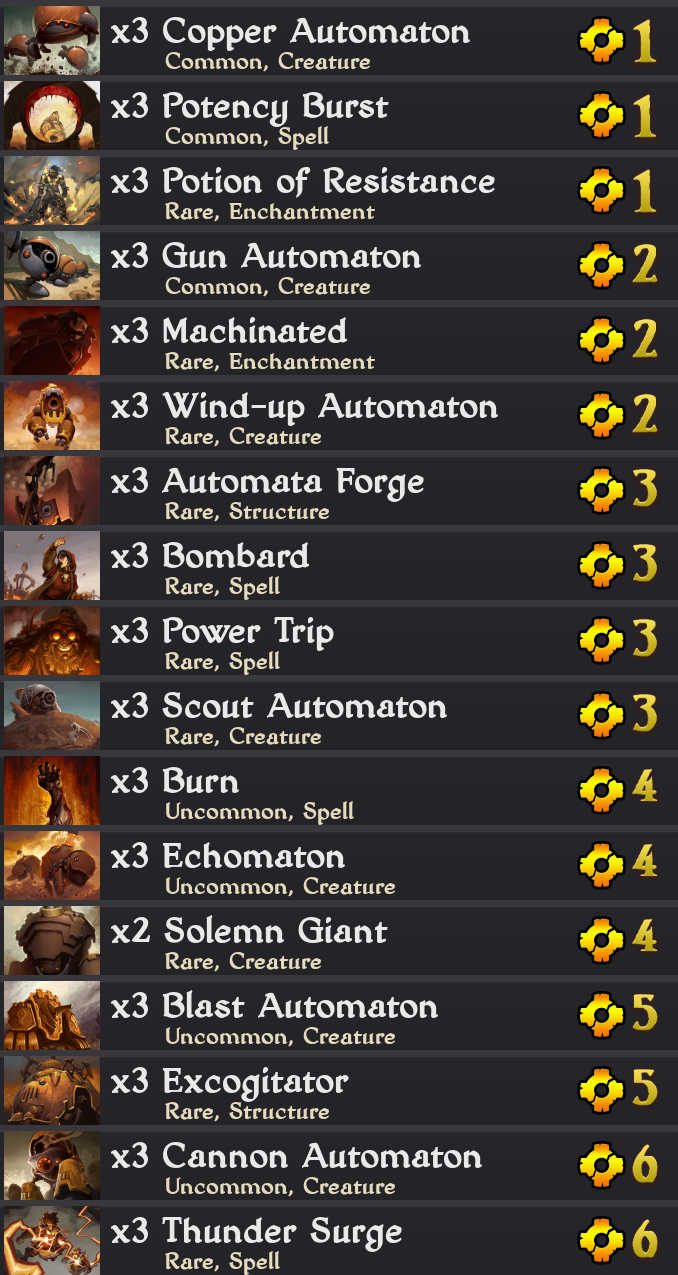 The next of my decks that I'd like to talk about is Automatons Energy. Now it's not a surprise that I play this deck as it's very competitive and there are a million versions of it already made on Scrolldier so I am not going to spend too much time talking about it.

The one thing I want to talk about which is also very eye popping in this deck is that I don't run Canister Automaton. Most of the competitive players I've seen so far that play Automaton decks almost always run Canister Automatons. So what's the deal? Why am I not giving it the benefit of the doubt? First of all, it's not ranged so I can't combo it with Bombard. Second of all I value all of my current scrolls in this deck a lot more than I value Canister so I am not willing to replace any other scrolls with it. Sorry Canister, I just don't find you as valuable as other players do.

I also want to note that I don't run Replicatons because I don't like their 2 health. With all the forges and pumping that I do they tend to never come back to my hand when they die. although they have good synergy with Bombard I do value other scrolls in this deck list more than I value Replicatons. I used to run them instead of Automata Forge but I swapped them out as I find Automata Forge a lot more useful.

That's it with this deck. Everything else in this deck seems fairly standard, I am sure other top players have done a better job than I did explaining the uses of other scrolls so I am not going to go in depth with anything. I just wanted to share my version of this deck and give a few reason to why I don't run Canister Automatons and Replicatons. That's it, may wolf spirit guide you to victory :)