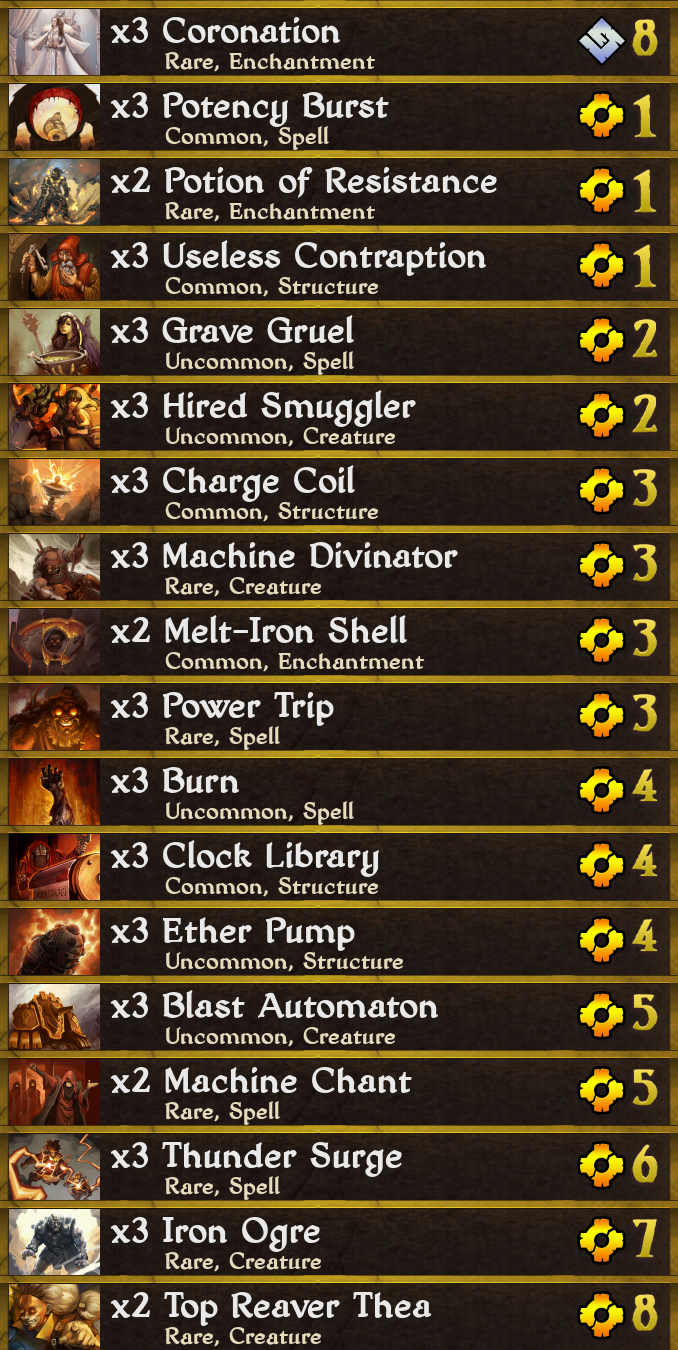 I was thinking about making Coronation a bit useful.
I started with a base of structure energy. So basically, you start to put down structures and ramp as fast as possible . While ramping, you can use several removal to restrain your opponent. Make use of blasted automaton, iron ogre to push your opponent to use his scrolls to kill them. In late game, you need to keep a grave gruel and a corronation to surprise your opponent. When you want to play the combo, you can either put it on iron ogre or thea. Corronation is best used when countdown is already at 0, so it will attack next turn as well. When your beast is on the field, you can beef it up with melt iron shell. By the time, you'll have plenty of ressource so your coronated unit will quickly turn into a monster.

The limit of this deck are quite obvious. A damning curse or an unbind and you're cooked. Other enchantement removal are also annoying. However if you have played your coronation while your unit was attacking, the pressure is on your opponent side, and all direct damage, slayer and stuff should be easily avoided (when you have your coronated unit, all other unit are just schields for your thea/iron ogre). Potion of resistance also help to reduce damage.

This deck does not aim to be competitive, but I played several times against hard AI and in quick match and I got several wins.When the combo is out, that powerful beat is quite satisfying with either relentless or piercing. But it is really slow.

I considered other scrolls like the mines, plating or sudden eruption, but I'm still not sure what to take or not.

Any advice are welcome and have fun trying it out!