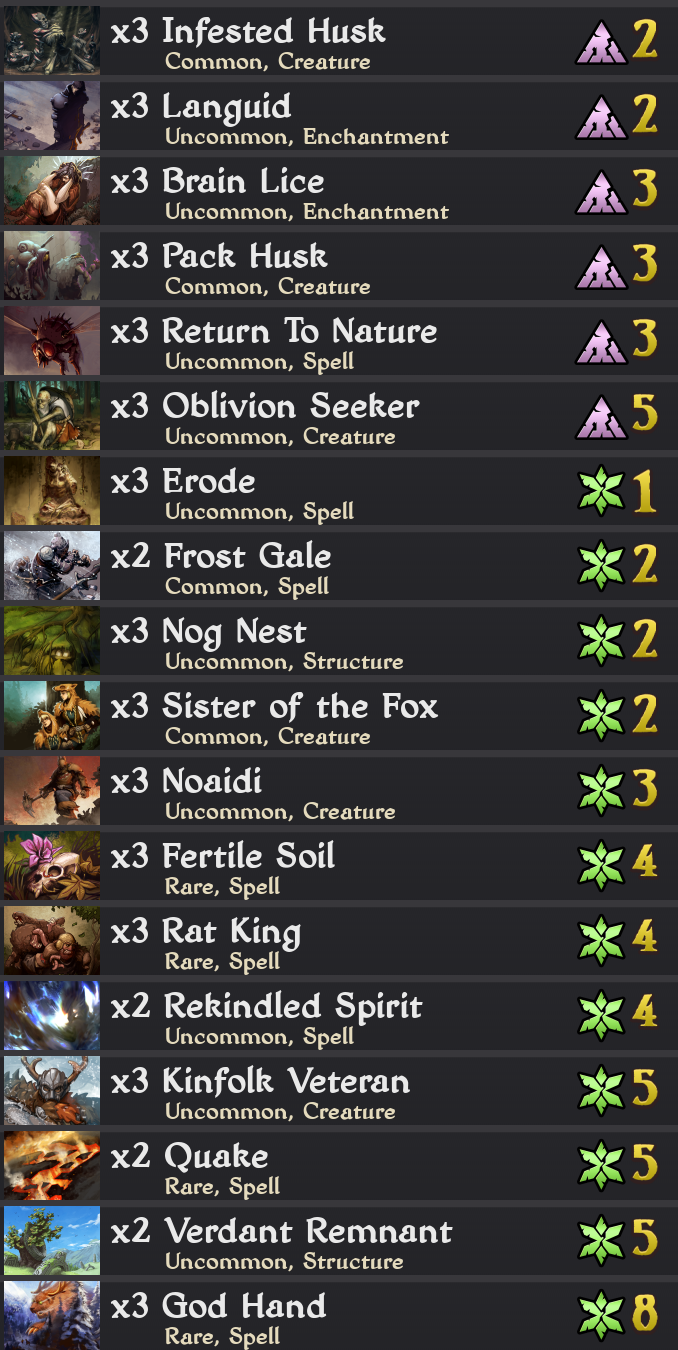 Like the older DG draw/control decks; just make sure you maintain control of the board and ramp/draw until the late game, when you can flood your board and God Hand your way to victory. Some of the new death benefit creatures allow you to get more value out of Fertile Soil/Rekindled Spirit, and I've found Verdant Remnant to be a very useful asset for getting targets for said spells more consistently while also doing a good job at keeping your opponent's units attacking something that isn't your idols for a while.

Seems to do decently against the popular Energy Automaton deck (though I'd like to test it more), devastates LGO. I've won against a few tempo decks as well but that was towards the beginning of my testing this deck (when I was at lower ranks).