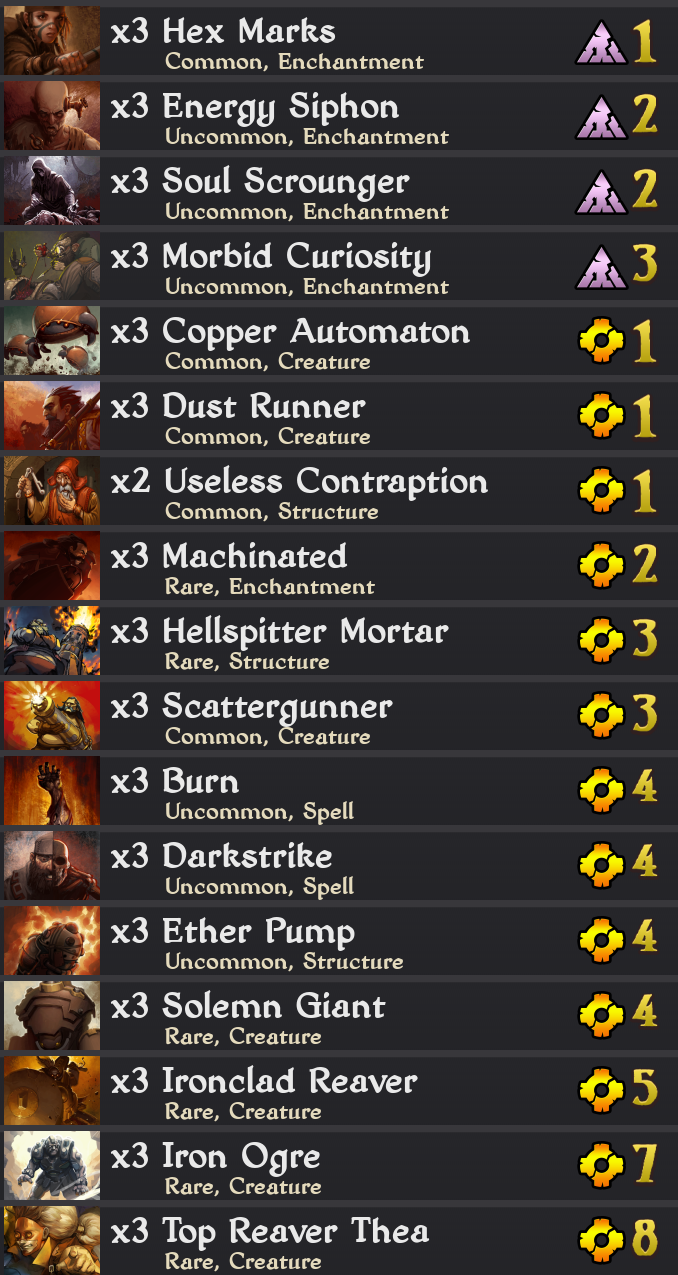 Ogre needs your soul
Score: 1 - by Argetlam - 6 years ago

Who doesn't like to Machinate his Iron Ogres? But that 6 countdown, right? Just scrounge for some souls and it will attack like before.

Did you know the Top Reaver is really curious about the big holes her bullets leave in the enemy corpses? Morbid, isn't it?

I mostly just wanted to try making a ED deck. It ended up being a lot of Energy and a small Decay splash. I had Morbid Curiosity's big brother Reaping Mask in it too, but it didn't add to the deck enough to justify the 7D needed.

Hex Marks is really nice on Coppers, Solemn Giants and Thea (if the piercing reaches an idol, that 1 damage becomes 4).