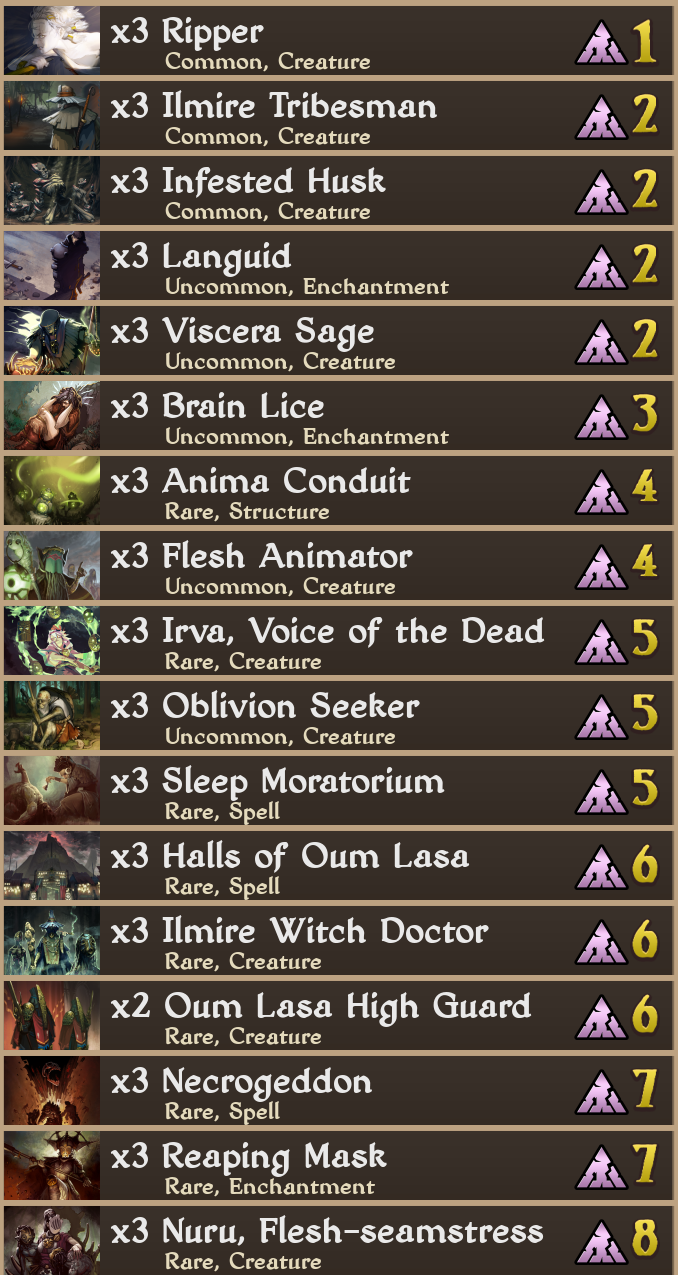 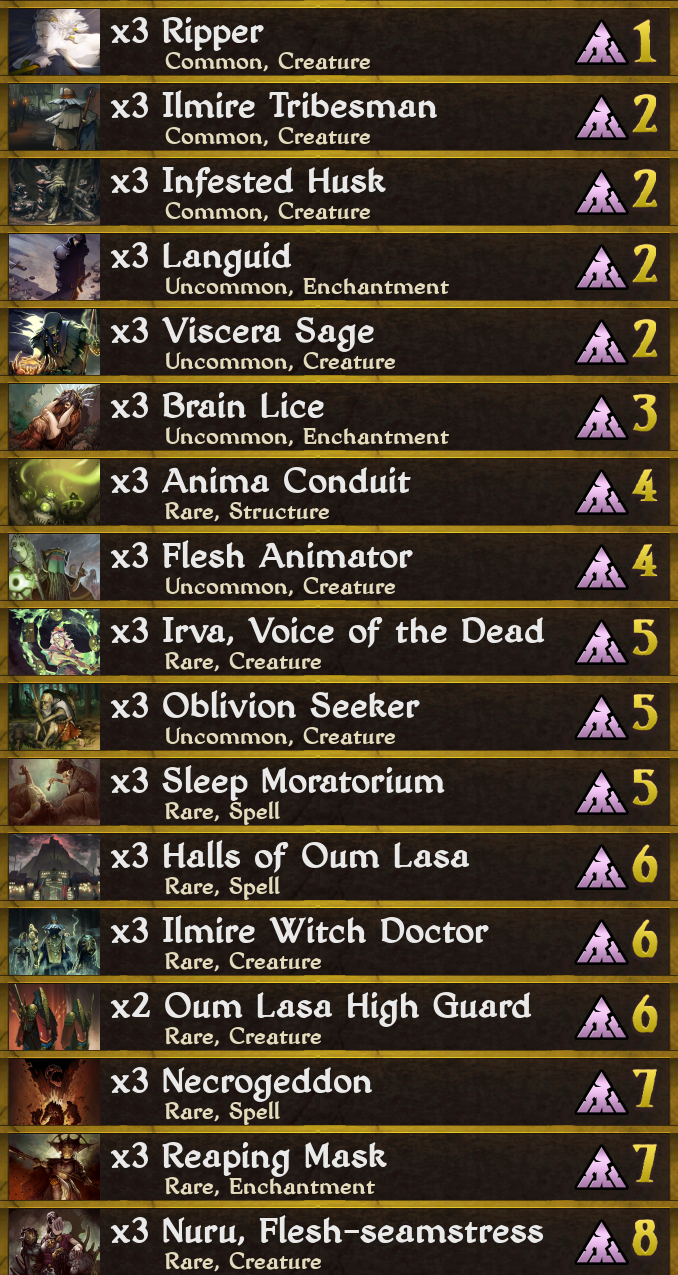 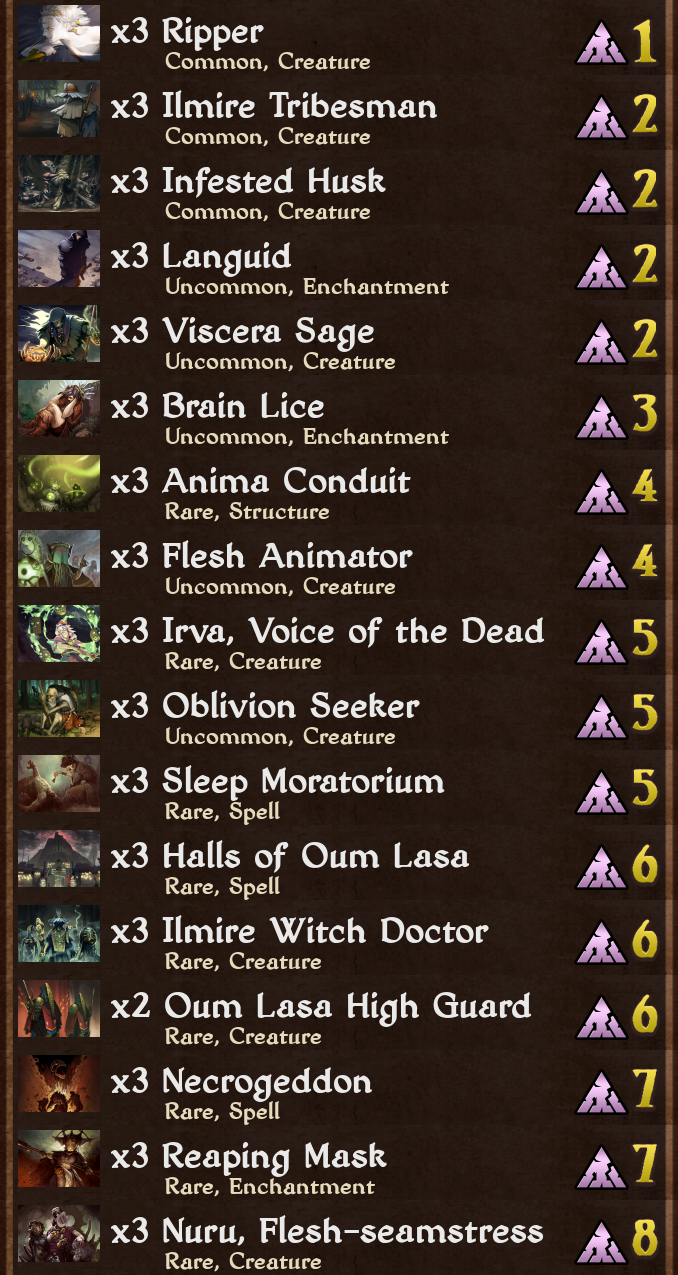 Ripper, Tribesman, Infested Husk, Languid and Brain Lice secure a small early game presence, but are not meant to move you towards a win.

At five to six resources, you'll be aiming to keep a few units alive, while looking for Moratorium and Halls of Oum Lasa. If you're lucky, you can get Nuru out turn 5. Remember to sacrifice Nurus, Reaping Masks, Necrogeddons, Oum Lasa High Guards and Witch Doctors, to let Moratorium fetch them when possible. If you have the chance, increasing your resources at this stage will definitely pay off later on.

- I'm not at all sure Anima Conduit has a place in this deck. Another early stalling creature might suit the deck's needs better, but I haven't experimented further.

- In a linger heavy meta, Rattle Hymn could be an excellent contender for that last slot - both as a way to draw Oum Lasa after an opponent plays anti-linger, and as a way to deal with more aggressive linger decks.