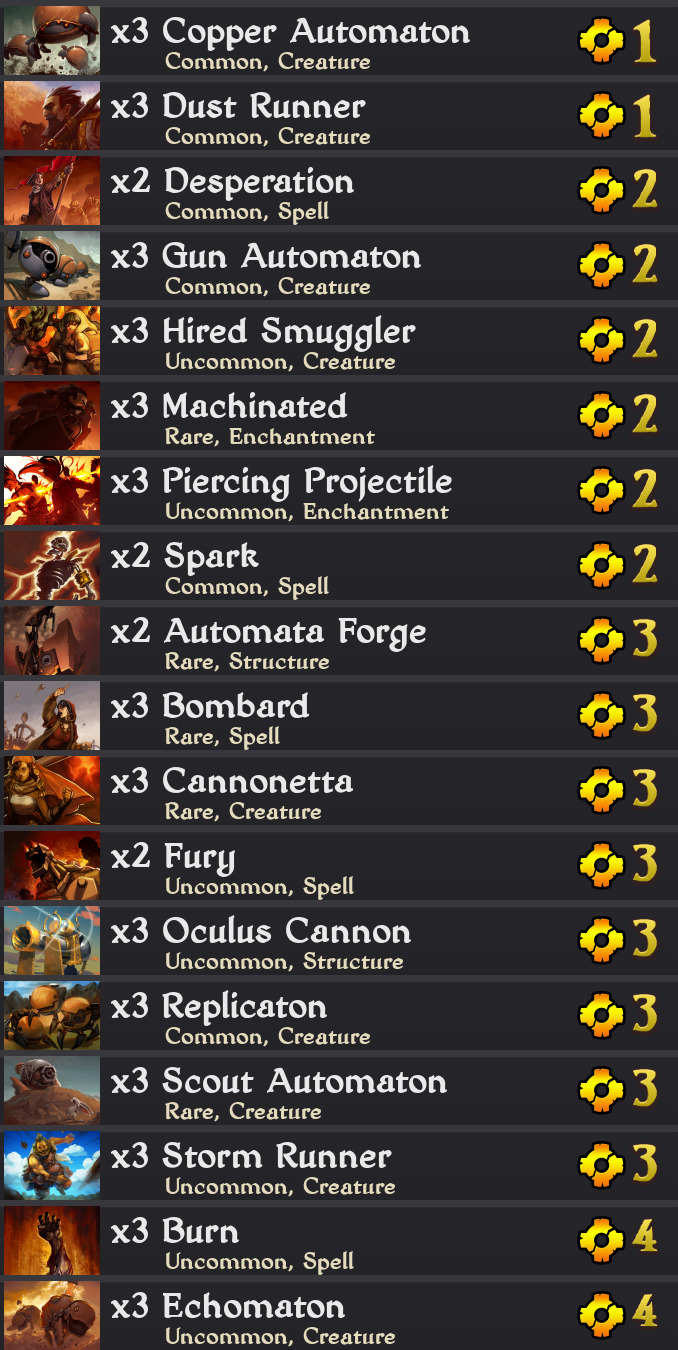 This deck has worked very well for me in ranked so far. The idea is to dominate the early game and finish before your opponent can stabilize. Thanks to Echomaton and a lot of Automaton synergy the deck scales pretty well into late game. Therefore the deck is not a super rushy aggro deck that loses once it's past 10 turns into the match. It works better against late game decks than aggro decks but I found that even other aggro decks such as Tempo Order struggle against it. One issue is that everything in the deck dies to Quake + Frostgale, so be careful when facing such a deck.