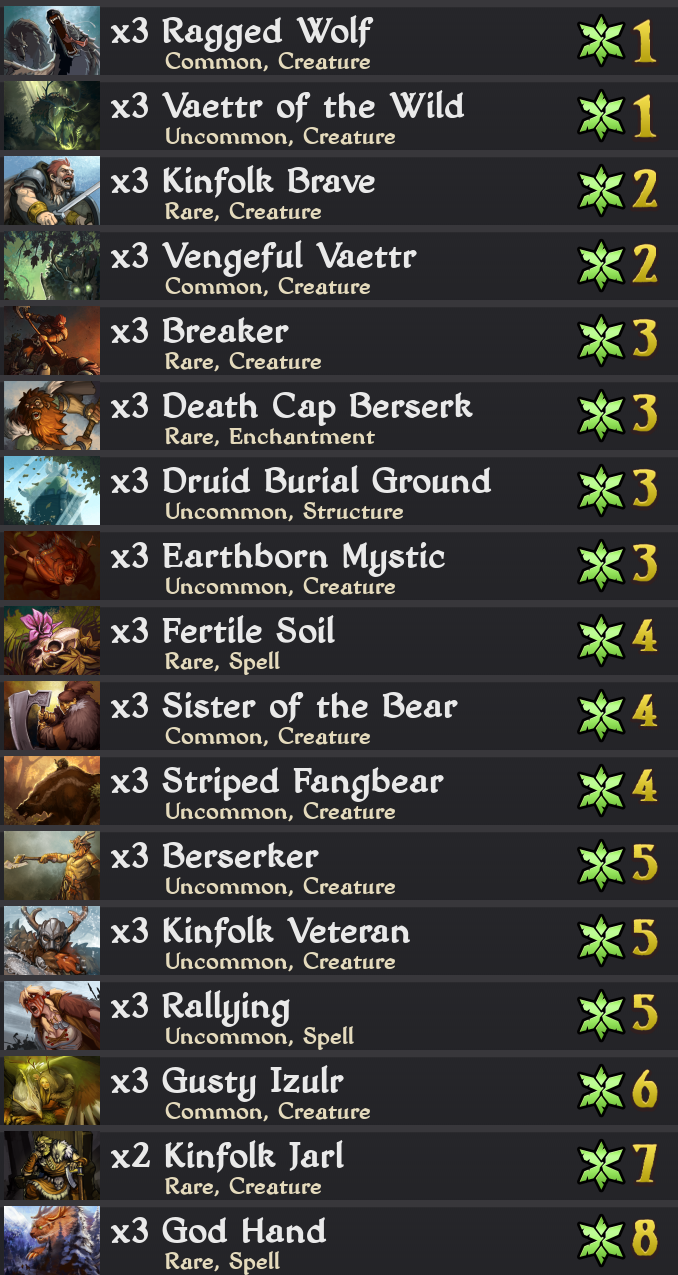 I didn't come up with this deck, someone high ranked who's name I can't recall now used to play it (or very close to it) quite a bit a long time ago and was very successful with it.   I haven't seen anybody else play this style of LGG deck.

Basically this deck is built around Death Cap Berserk enchantment and Druid Burial Ground to make your big creatures attack every turn and survive as long as they can.  For example, if you have Mystic in play you can draw enchantment, play Bear and Death Cap, and you will have a hasted 5 attack relentless creature that will keep on attacking every turn.

Remember Death Cap can also double as a spark.