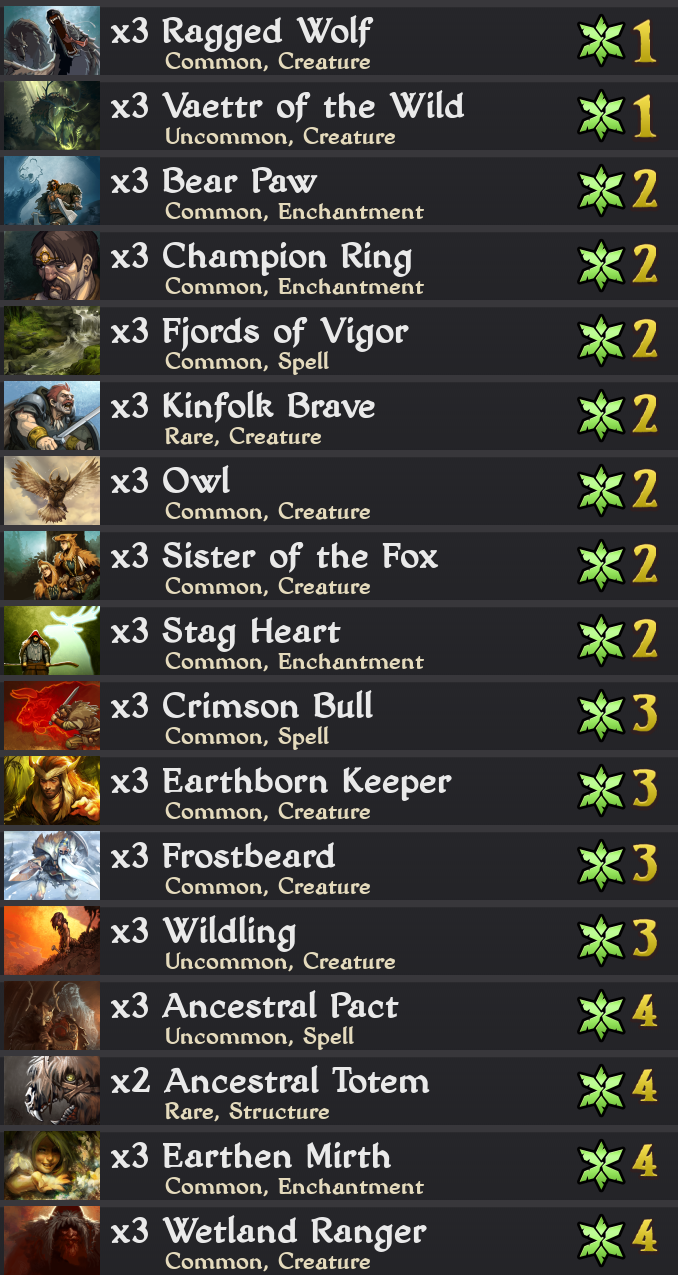 That's my first attempt to make an Aggrowth deck. Someone can correct me if I'm wrong, but I think that is a pretty popular archtype, or at last is what I suppose after a quick read on Scrollsguide forum posts.

I see some variants of this deck, but my intention was not to be influenced by other listings, so this deck has some rarely used scrolls in this strategy, and lack others.

Frostbeard is, for me, a nice way to pump up your Wildlings & Keepers at first, and a couple of turns later gives you a free Crimson Bull, strikes for 6, or shields your creatures from a direct damage spell. I think that is an underappreciated scroll: It has no downside. Its CD is long, but its main role is chumpblock to trigger Crimson Bull effect. And, unlike other defensive-oriented units, forces the opponent to deal with they since his 6 atk.

Rat King is, for me, a difficult scroll to play with. It needs Ancestral Totem / Crimson Bull / Junkyard or something else to make those rats a serious threat, and have only realy nice sinergy with Earthborn Keeper, since it can be difficult to predict spawn tiles for take advantage of Wildling.

Owl is another misunderstanded star. Two owls can take down idols very quickly, correctly buffed. Thanks to Flying, there are difficult to strike with standard attacks, and can find idols without protection easy. I have seen 1CD decks that omit owls or only uses 1 or 2 of them. For me, It's a really good asset.

I don't ever play with this deck in multiplayer, so maybe I'll change something as I test it.