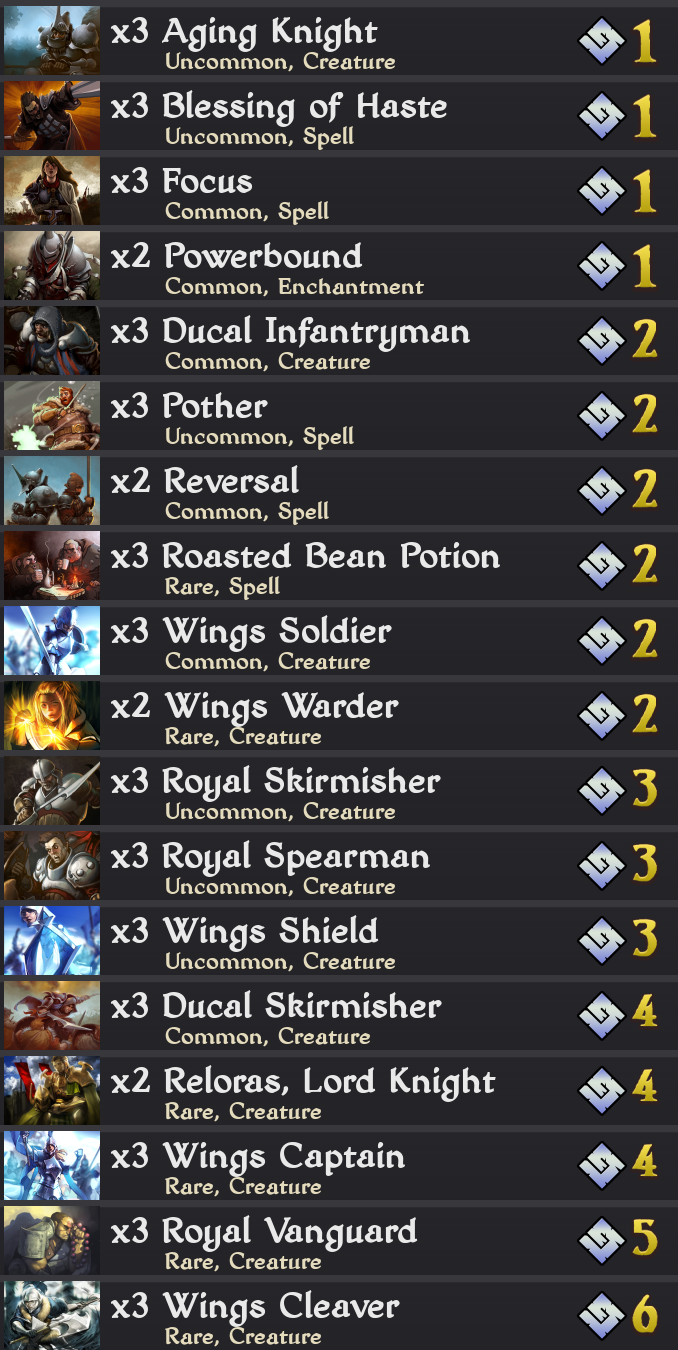 That's what I've been playing in ranked lately. It's basically tempo order without Decimations.

The main star of the deck is Wings Cleaver and he will win you a lot of games. So try to get dominion fast, especially against late game decks. Tempo Order has a problem to get above 4 resources, you will often find yourself fishing for the right scrolls, be it Blessing of Haste, Focus, Pother, or whatever once you are at 4 resources. Therefore Powerbound was included to help you reach 6 resources while still sacrificing for scrolls every turn - in theory, of course you are still allowed to go to 6 Order on your own, if you can afford to do so.

The rest of the deck is pretty standard Tempo Order stuff. Everyone seems to run Royal Spearman now, I already did before the buff. Flip can be swapped in for either Reversal or Pother, it's a matter of personal preference. I like the extra draw or perhaps I just wanted to play something new.

More and more people seem to play Squire instead of Wings Soldier, some even play both. I prefer Wings Soldier because of his attack. It's all about early aggression. You want a good balance of attacking and defending units. I mean units that go in the front row as blockers and units you play in the back because you want them to survive and attack. Squire is more of a blocker, and it's not really good at that. Wings Shield, Wings Warder and Royal Spearman are much better at what they are doing. And what do you want to block on turn 2 anyway, Aging Knight? So I think Squire belongs in knight decks. I especially don't understand the 2 health argument when they still have Aging Knight and Crossbowman in their deck.