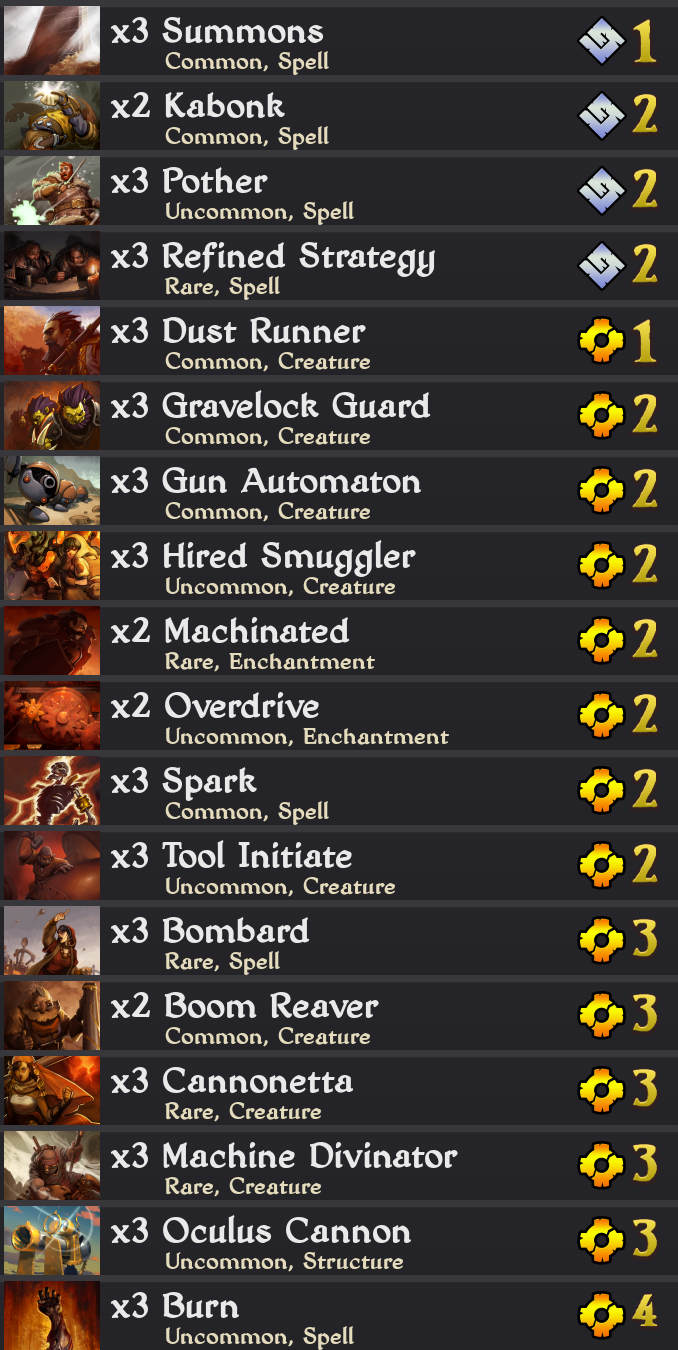 Oculus Superstar is a new take on the old Destroyer Superstar deck from Alpha that played Destroyer as its only stucture, Summons to get more Destroyers and reposition effects from Order such as Transposition and Pother to move the structure around.

Here, Oculus Cannon, one of the most efficient attackers in the game, gets the superstar treatment with a great supporting staff behind it.

Summons and Hired Smugglers lets you draw more Oculus. Machine Divinator counts them down and also combos very well with Refined Strategy as a reposition / countdown effect. Pother is in the deck as both a way of triggering movement that triggers Oculus as well as moving a Cd 0 Oculus to a better row. Tool Initiate keeps buffing the Oculus every turn that it is out, while threatening to attack itself when opportunity presents itself. Bombard and Overdrive provides additional ways of Hasting Oculus from hand.

Note the decent early game pressure provided with 12 2-drop creatures (+3 Dust Runner) as well as 6 4-health blockers on 3 Energy. I usually don't go into Order too early, but rather try to at least curve out to 3 Energy (and often 4 for Burn) before starting to consider saccing for Order.

The best positions I've found so far for Oculuses are in the back of row 2 and 4, but of course this is only for the times when you drop it preemptively. Make no mistake - the best position for an Oculus is on the same row as your opponent's units, attacking them... :)