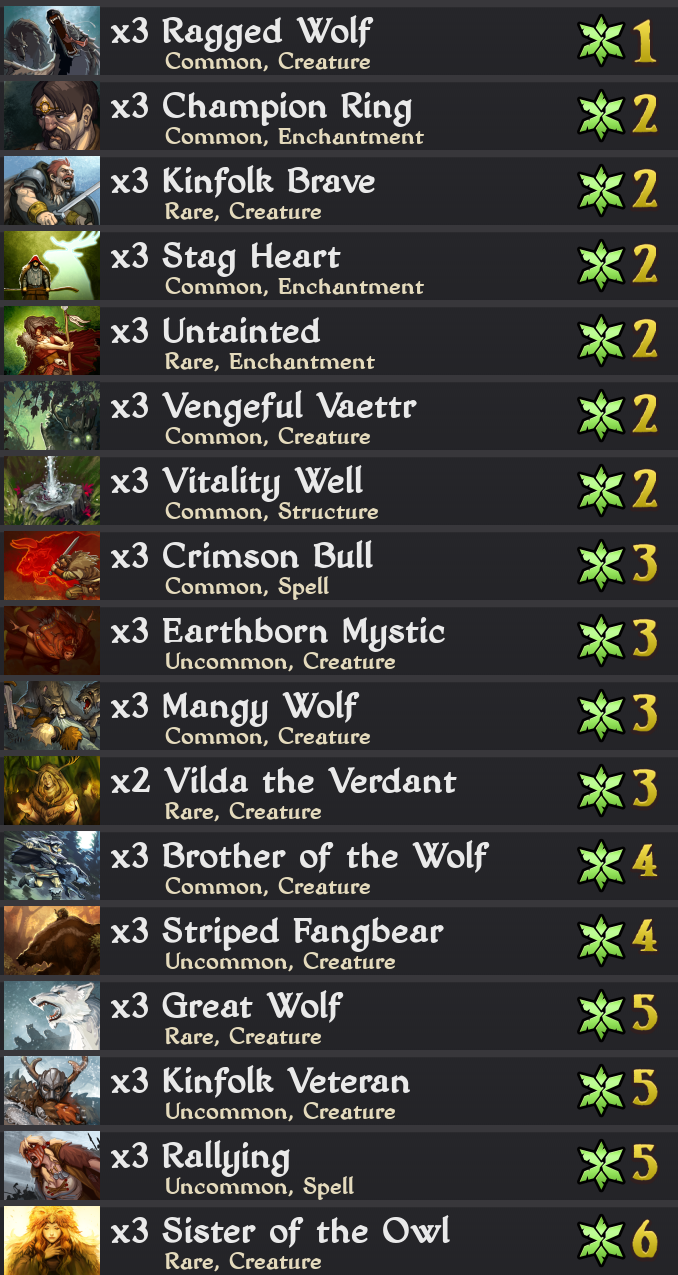 An experimental anti-removal deck based around Ward and Vitality Well.  Works well against Energy and Decay.

If it were up to me, this scroll would also give +1 Health.  All the same, it's good for making sure that GW/BoTW/SotO you really need to not die... doesn't die.

Sister of the Owl

A strong, unBurnable creature.  The Owl is a good Stag Heart candidate.

Buff your stuff!  Getting Stag Heart and Untainted on the same unit means subsequent Stag Hearts will be at least +2/+2.

A half-Mirth is surprisingly useful in a low-cost deck.

What's better than having a bunch of enchantments that are likely to stick around for a while?  A unit that gains power from those enchantments!  Not to mention the fact that you won't need to use Untainted on her.