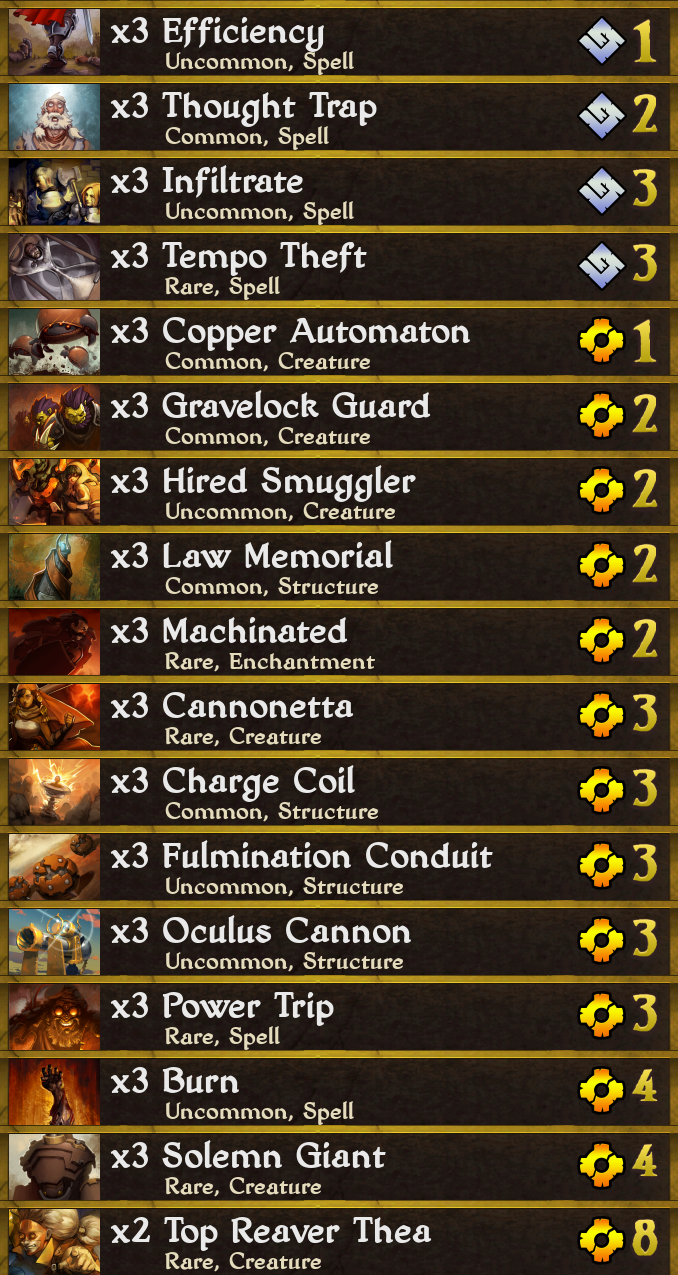 This deck expands on the idea of the big creature energy deck featured in the last ESL and the Oum Lasa Open.

The general idea is that you use the order utility spells to manipulate countdown.

What good does something like that do for you?

Well, you can for example play a Fulmination Conduit, Tempo Theft it and a Solemn Giant and just pay 2 to make your Giant attack and still have a 6cd Conduit which enables big plays for the next round.

Thought Trap is just an experiment at this stage, but you get the idea.

You could play Infiltrate on your Conduit and Thought Trap for at least 8 Energy. It could also just be used on opponent creatures.

This deck has a high potential to enable big plays, but can be risky to pull off, since you are not guaranteed to ramp up in Energy quickly. I consider this a gimmick deck.

Tempo Theft, Thought Trap and Infiltrate are used to hinder your enemy or enhance your own units.

I thought about replacing Thought Trap with Blessing of Haste, which might be better.

I just could not get over the one time I got 28 Energy from Fulmination Conduit after double Thought Trap, which got me two Hasted Solemn Giants and a Thea in one turn.

Charge Coil and Copper Automaton are nice targets for Tempo Theft if you want to haste one of your units. Tempo Theft also allows you to increase the CD on Fulmination Conduit to give you more energy, apart from its usual application to increase enemy CD.