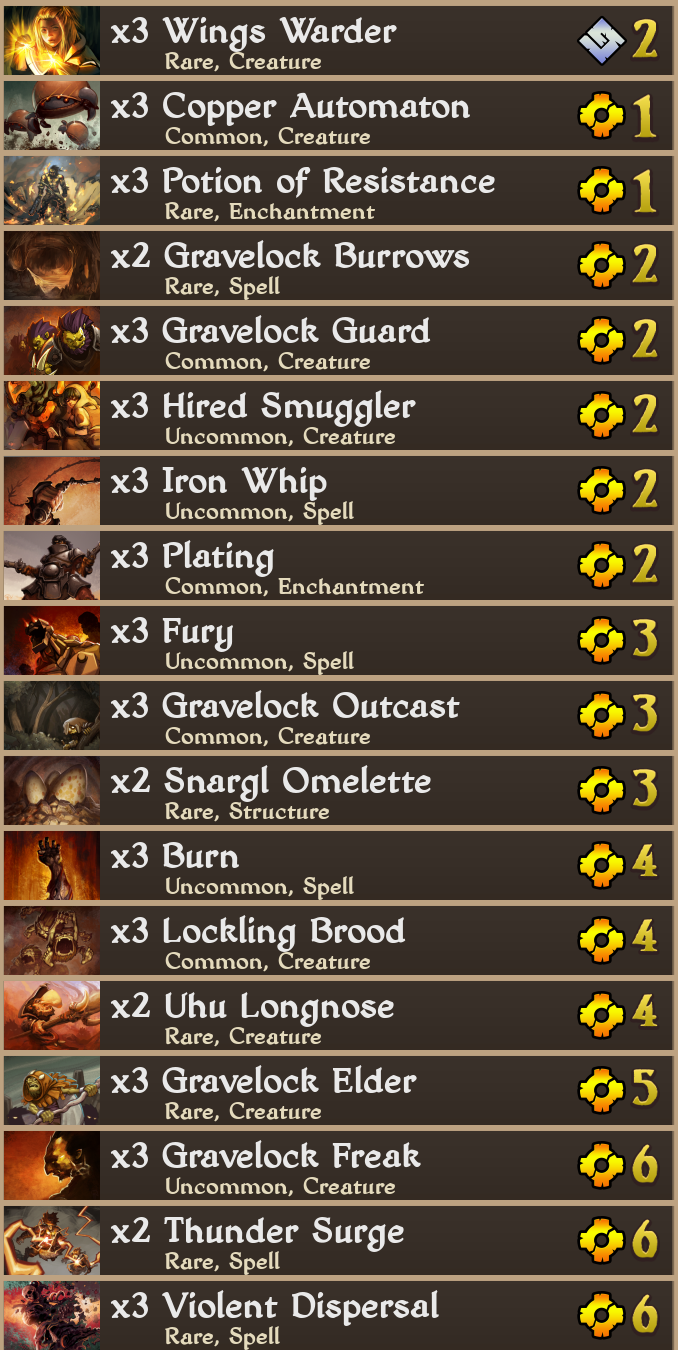 Very early version of the deck, all ideas and experiences are appreciated!

The general idea of the deck is to be midrangy Gravelock deck which utilizes the power of Wings Warder to make your key creatures (Elders, Freaks and Locklings) harder to take down. Especially Lockings are extremely powerful when combined with the Warder. Most of the time you don't need to sack for   at all - just use Plating to get Warders out. I added Purifications just for testing and they also allow you to sack for one   and then for   to get Warders out.

Trying to make Raiders more of a threat by adding Desperations. Still cutting Iron Whips didn't feel right so trying to play without Sparks for a while. Running three Desperations instead of three Whips might be more consistent but this requires more testing. Also upped Furys to three copies because they feel really important in melee Energy decks.

Raiders proved to be way too draw dependant and since the whole Warder thing of the deck if that too, I think the deck was way too inconsistent with both. Also now Purifications are gone. As good as they may sound to be in the current enchantment meta and new poison Decay, they were still the most sacrificed card in this deck. I ended up adding more creatures to make this deck more consistent and more aggressive. Violent Dispersal seems to be great always so upped that to three copies.