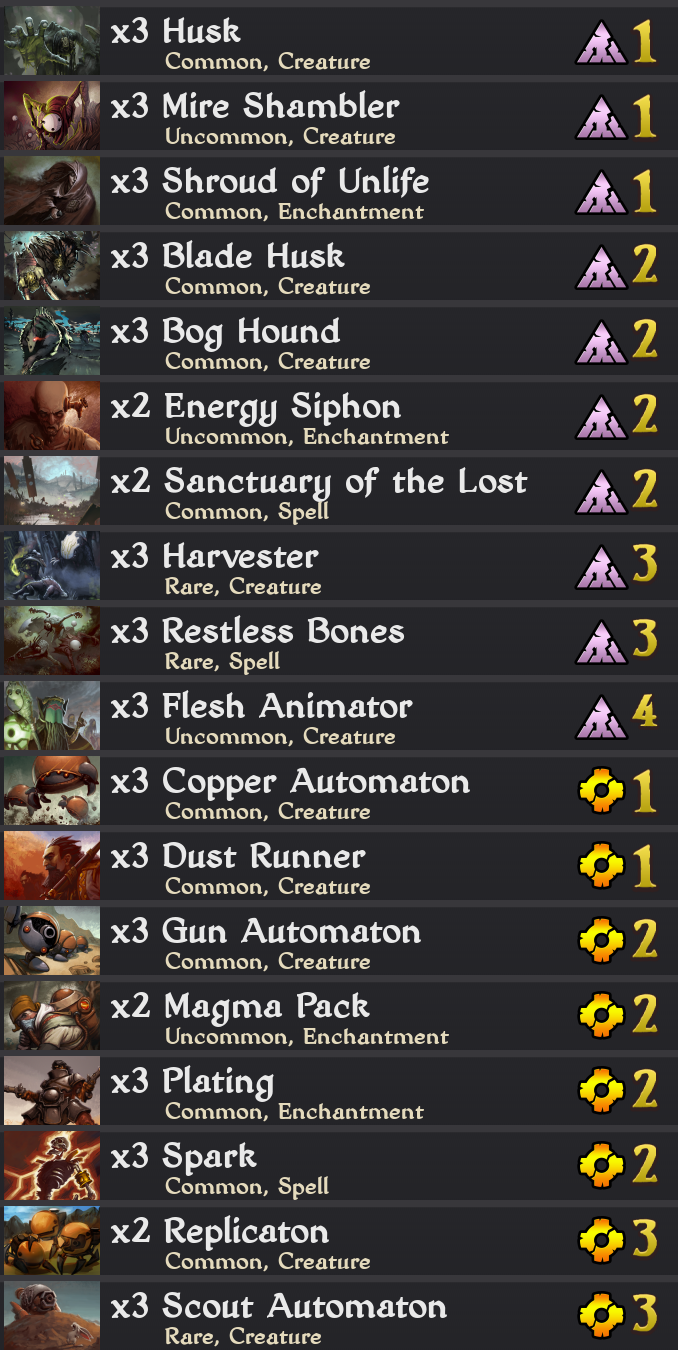 My first attempt of making a multi-resources deck. I choose Energy + Decay, and, curiously, had a very hard time in finding synergy between both resources without needing Thunder Surge or any other high costs cards. Didn't test this deck properly on ranked since I don't have all the cards yet - and thus am testing with placeholders.

The play style is very simple. Sacrifice for resources until you have 1 Decay, 1 Energy and 1 Wild, allowing you to play most of the cards of the deck. If you manage to get to 2 Decay, 2 Energy and 2 Wild, most of turns you'll be able to use two or more scrolls. I doubt this deck can beat any top deck, but it's really fun to play with (at least the improvised version I'm using).

I'm open to comments and ways to make this deck better. I'm thinking in using more Decay's undead buffs, swaping some creatures to slayer and using Iron Whips instead of Plating.