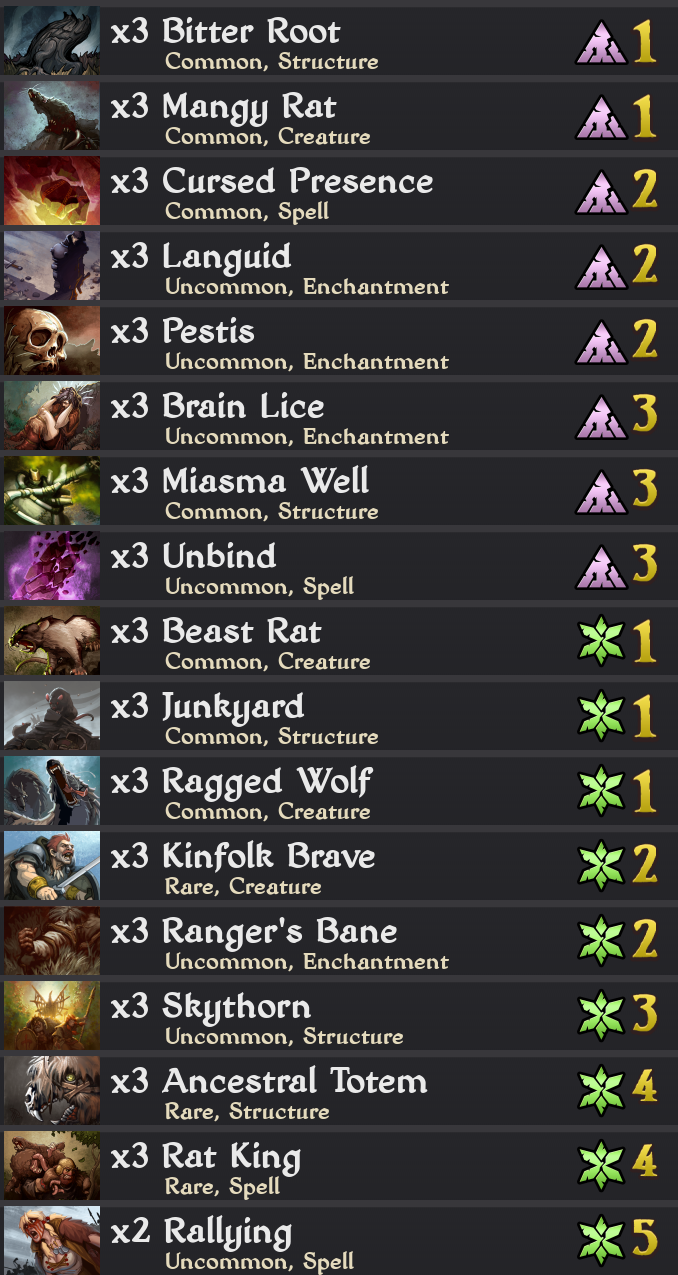 I made that deck, as I saw the trial with pesti.

Lategamebuff, dont explicit play to this.

First Drop or to buff your enchanted units.

First Drop, or to defend your units.

Removal and carddraw, good in combo with Cursed Presence.

Your removal in combo with Ragged Wolf, Poisoneffects and attacking units.

Early inexpensive buff for your rats, try to place it on positions that are easy to defend.

Save for your units and Carddraw.

Buffing and Poison, try to play them later on, because they are difficult to defend.

Placeholderscroll, I thought it would be a good combo with poison, but I actually end up sacrifice it all the time. I think I'll change it for stag heart.

Coreenchantement for your deck. Play it on Ragged Wolf for a surprise attack or on Kinfolk Brave to deal Damage fast and summon more rats.

Best and cheap haste unit, should be used as removal in combo with other cards.

Lategamecard for finishing of units or idols.

Removal, can be replaced by better things.

Good Defense and Carddraw and works well with your units.

Just to remove enemies enchantements or to remove debuffs.