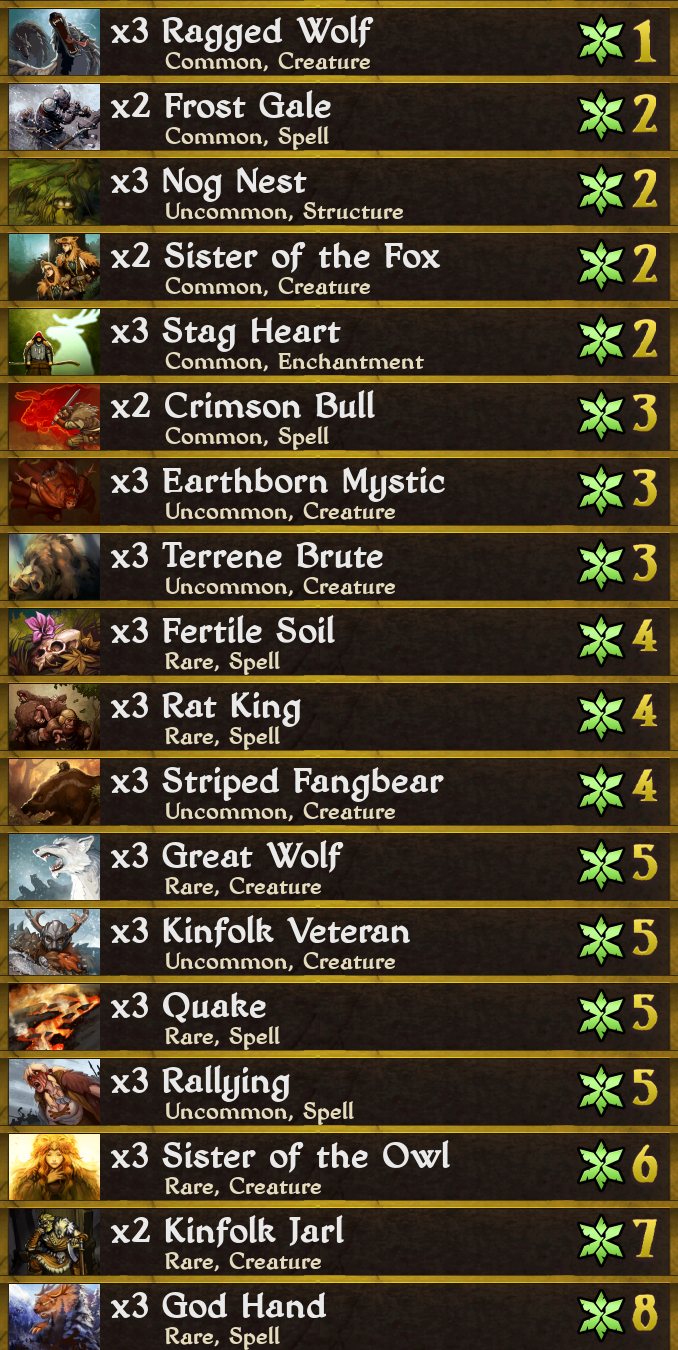 
Nothing too complicated with this one, just fill the board and start godhanding. If needed try to boardwipe the opponent with quakes, frost gales and haste creatures. Early game is fairly weak and you just want to slow the opponent down and get some fertile soil draws.

If the opponent is playing a slower deck it's usually possible to "rush" them by playing a creature or two every turn until you can godhand around turn 10.

Don't underestimate the owls, you can quickly make them into a big threat with stag hearts. ;D


Got to 8th place on the ladder with this so it's not an entirely horrible deck, but there might be better versions around.