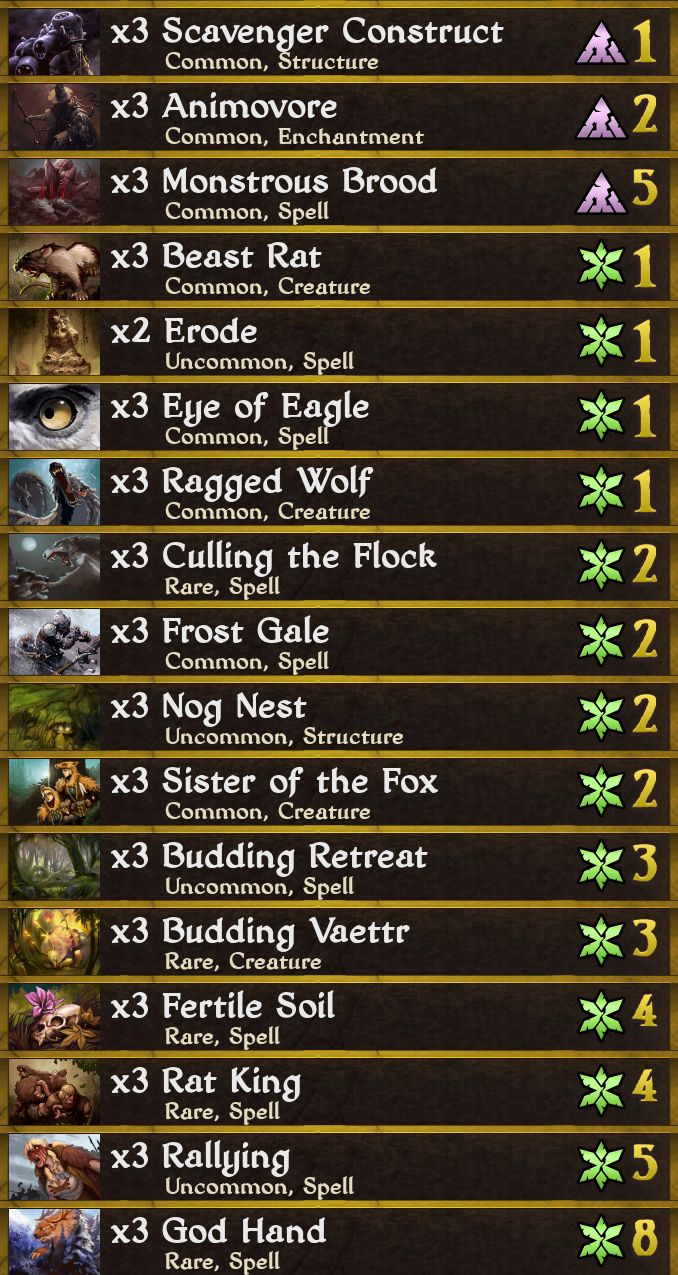 Just a fun combo deck based on the miracle pudding combo (budding stuff with Rat Kings). I found that using the Scavenger Construsts and Animovore allowed the deck a little more freedom to play Rat Kings or other combo elements before the killing blow (when you're in danger of dying but dont have the full combo ready yet).

Also, after exploring around with Monstrous Broods, it seems silly not to have it as a main element of the deck (instead of Necrogedons). Not only is it easier to drop (Often with a single Rat King), but they also count as new beast plays which gives redonk growth and allows for crazy culling the flock plays (it's usualy "gg" if you have a Scavenger/Animovore on the field when doing it).