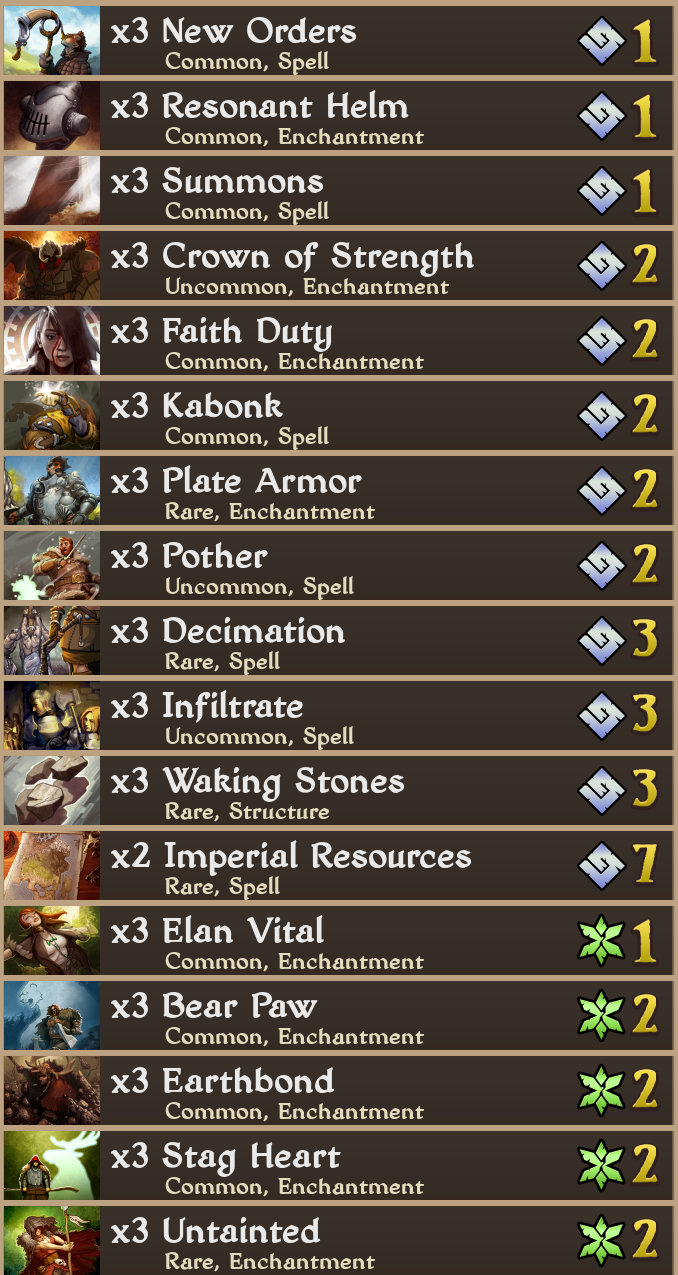 This is a rather troll deck I use against the Hard Trials, I normally use this against Order and Energy.

I use this deck mainly if the enemy has at least one of these cards:

also I avoid using either of my defence deck against trials with Death Cap Berserker as the opponents enchantment.

The scrolls work in the deck as follows.

Summons - help gets waking stones easier, useless late game unless you somehow lose a waking stone. Then it is an easy fix.

Untainted - Stop the specific cards mentioned at the top from screwing up the formation by giving the waking stones ward.

Infiltrate - Helps slow creatures so they are unable to destroy something vulnerable or so they dont attack at the same time.

New Orders - Counter for Rumble since it gets past ward

I hope this deck works as well for you as it has for me, it doesn't work in all circumstances, so choose this deck when you think it is for the best. Have Fun!