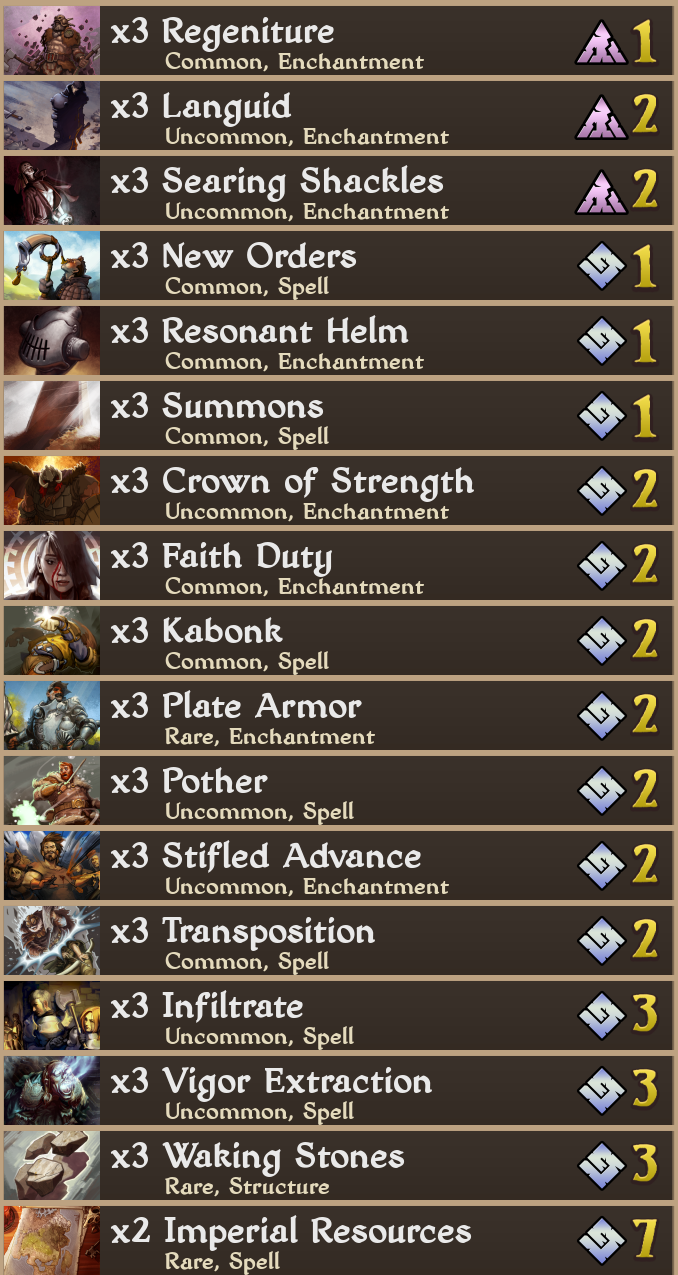 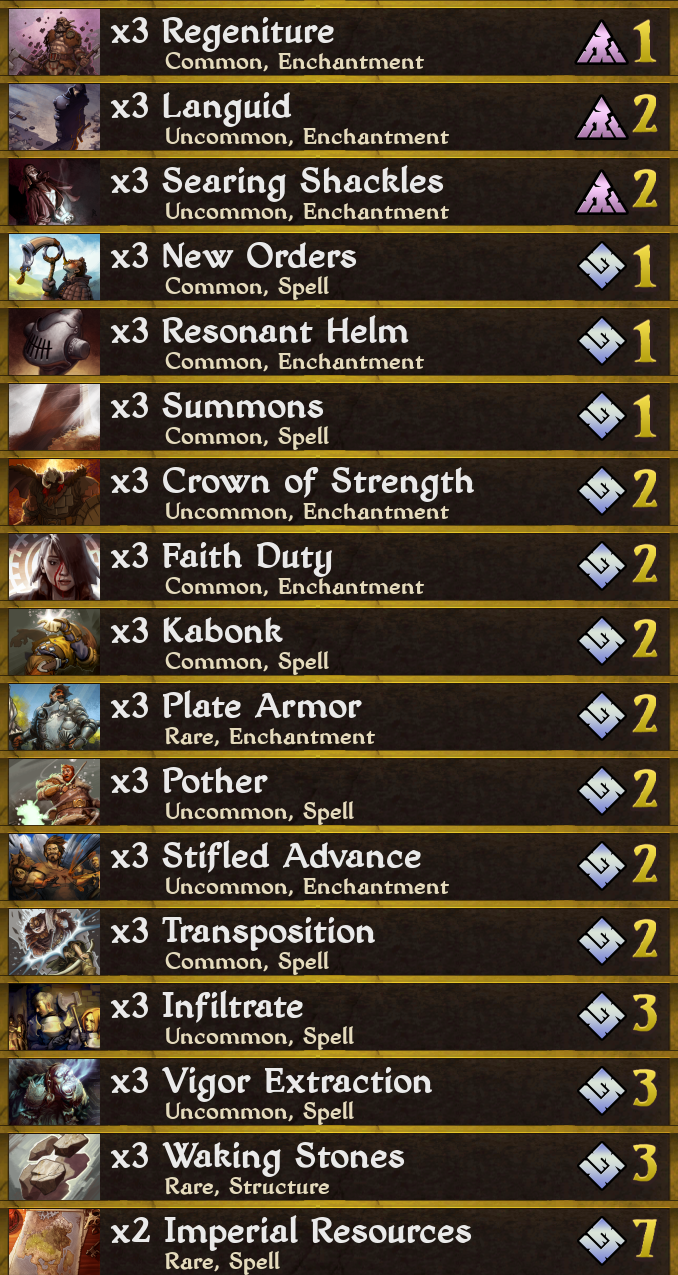 This is a rather troll deck I use against the Hard Trials, I normally use this against growth.

I avoid using this against decks with these cards:

also I avoid using either of my defence deck against trials with Death Cap Berserker as the opponents enchantment.

This deck focuses defending 3 idols while the enemy slowly bleeds out.

The scrolls work in the deck as follows.

Summons - help gets waking stones easier, useless late game unless you somehow lose a waking stone. Then it is an easy fix.

Crown of Strength / Regeniture - To increase the structure's health above avalible rush abilities.

Faith Duty - Useful with rush decks to hold them off, but only play when stones are at 5+ health and resonant helm is or will soon be put on the stone.

Vigor Extraction - slows like Infiltrate, except allows player to gain Decay without sacking for one

New Orders - Counter for Rumble. Against Searing shackles Transposition is better but you can use this in a pinch, but you still will need to gather the scrolls into your had quickly if you are having problems with searing shackles since you need to spam Imperial Resources.

I hope this deck works as well for you as it has for me, it doesn't work in all circumstances, so choose this deck when you think it is for the best. Have Fun!