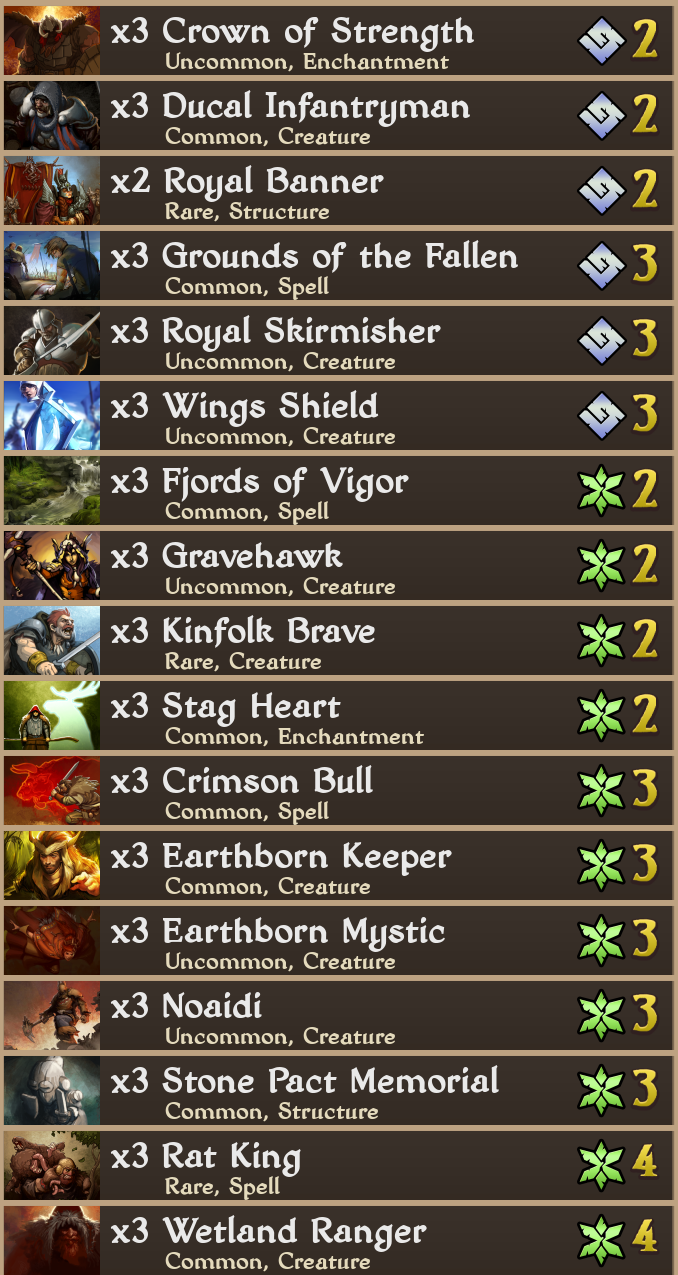 This is a low resource deck that should be able to put pressure on your opponent, even though it is multiresource.

A good candidate to replace them would be Flip, since you sometimes get threats that you couldn't expose otherwise if they are out of reach. Maybe New Orders to be a bit more mobile.

Since this deck has many 1 CD creatures, I don't think any kind of reduction is necessary.

Royal Banner should slow your opponent down enough.

(Thought about Orchard, but if the enemy plays Linger counter, the deck would just get shut down)

You should start by going into growth first, saccing for order only when you need it. Try to get to wild with the Memorial if possible. The playstyle is pretty agressive, you'll want to get rid of any units threatening yours, mostly relentless ones since your units don't have much health.

The enchantments help healthwise, but be aware that a unit with an enchantment gets focussed quickly and will probably die to destruction. You can make that to your advantage by spreading your threats (meaning don't risk putting everything on one unit) to force them into positions.

If you can, ping Idols with the Wetland Ranger to get your other units' attack up.

Other than that the playstyle is pretty self explanatory, be aware that the order of your units very much matters. You are bound to lose some to aggression/destruction but should be able to get up replacements fast enough. Watch out for Thunder Surges, Blind Rage (not that bad with low CD units) , try to get your units out of Burn or Soul Steal range with enchantments.