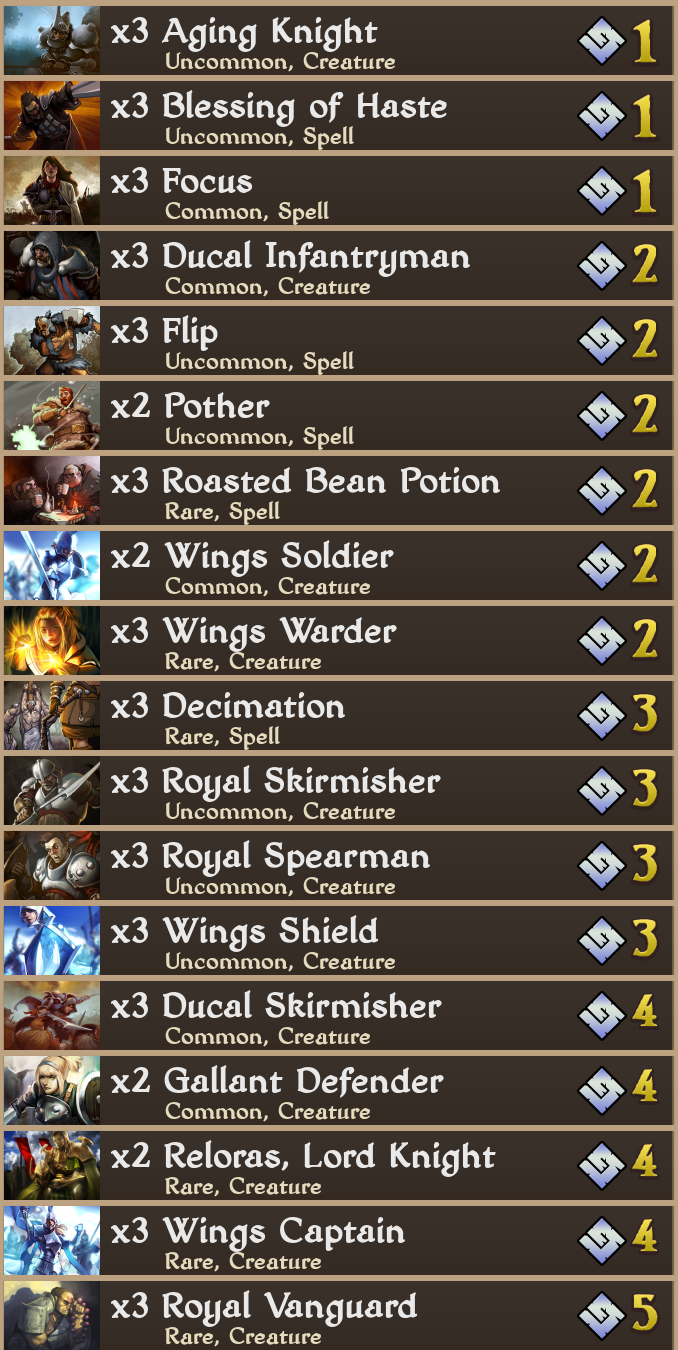 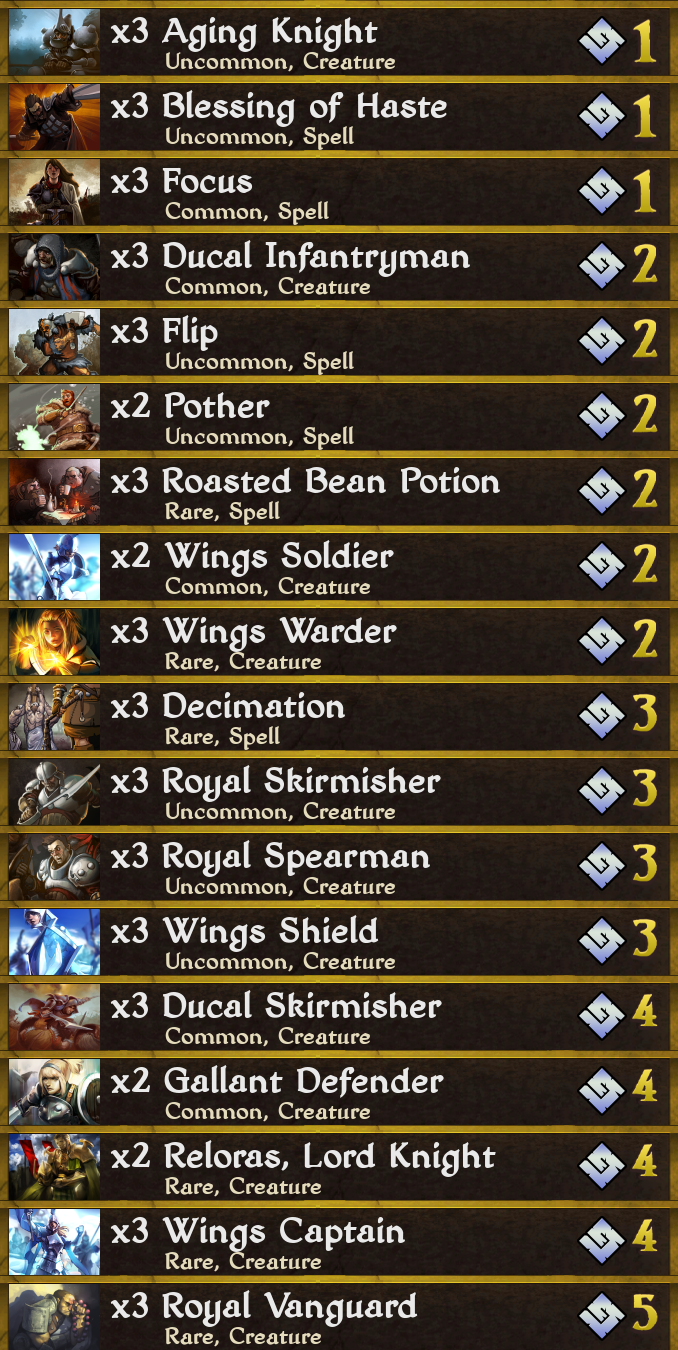 Inspired by Antirad's Tempo Order deck but slightly adjusted to my playstyle. Most notable differences are:

No Crossbowman - 2 Health is just too fragile unless you can play him turn 1 and even then Aging Knight is probably the better play.

3x Wings Warder - (Instead of 2) It's really good in the current meta, and is the only way to win against DO decks with TO. Also quite important in mirror matches and against Mono Energy and Mono Decay. You can sac it against Growth or use as chump blocker.

3x Royal Spearman - I find it strange that Antirad's deck has only six 3 drops, so more often than not I found myself without one by turn 3. Sure you will most likely have a 2 drop instead but still I feel that's not really in the interest of a tempo deck so Royal Spearmen fill that role. You could perhaps replace them with another 3 drop such as Righteous Partisan or Wings Sorceress but I prefer them. Partisans are quite good I agree but unless you play against an aggro deck you will mostly have more units out than your opponent. And against aggro decks Royal Spearmen are quite good too, mind you.

No Eternal Sword - Just no space left for them. The choice wasn't that hard to make though, since Eternal Sword does not combo with Reloras, Lord Knight. It also requires you to have two key creatures (preferably skirmishers) next to each other which is not something I like to do in most matchups.

2x Gallant Defender - Not as good in TO as in LGO but still decent. Best option out of the remaining 4 drops at least.

No Wings Cleaver - Too situational and too expensive. It's hard for me to get to 6 resources, and without them there is hardly any reason to do so.

The deck will most likely lose to LGO and Donkey's DO deck unless you get better draws but other than that I found it quite good. Comment below if you've got any suggestions or questions!