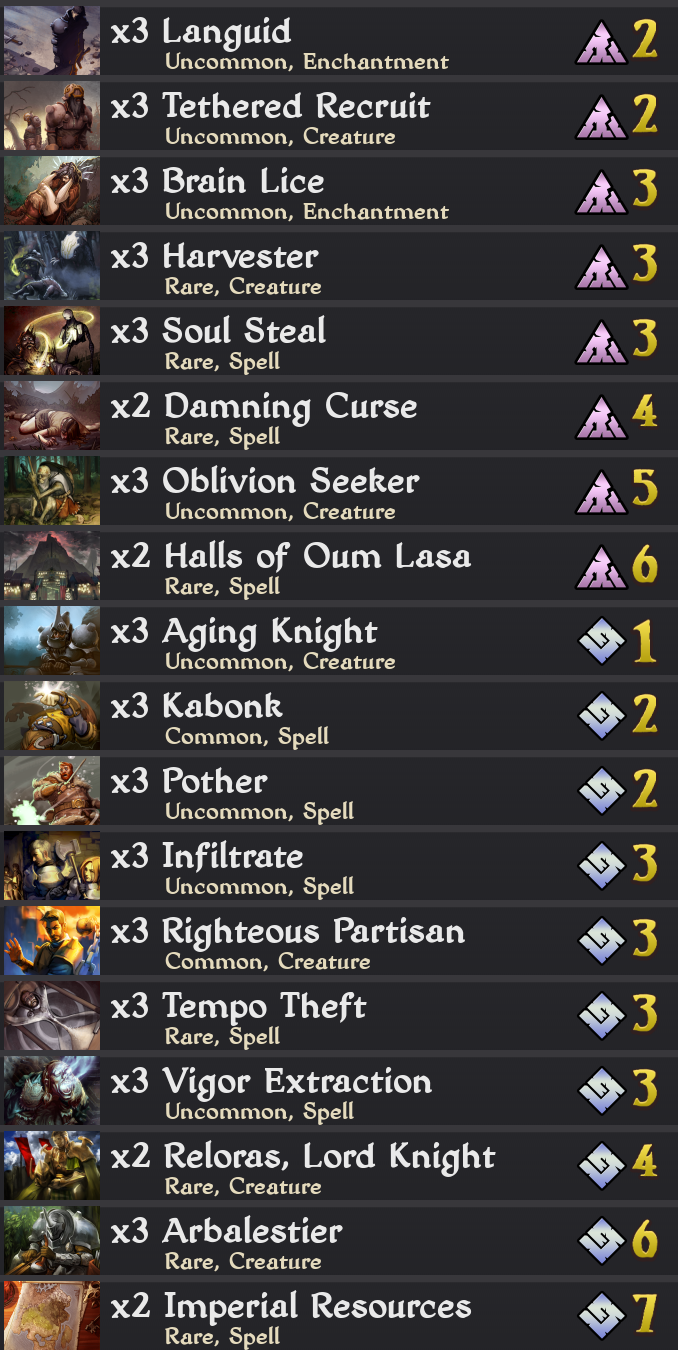 Decay order is a creature based control deck designed to slow down aggressive and midrange decks enough to take advantage of its unrivaled ability to draw scrolls and generate resources. Every scroll in the deck is built with the simple goal of giving value. DO does not have access to board clears and tempo theft plays are fairly easy to position around. This is why having creatures attack is so integral to the strategy. While it is a late-game deck DO struggles with decks built with a strong late-game in mind. Decks with access to powerful game enders such as general speed, god hand, bombard, solemn giant, and necrogeddon. DO is a very rewarding deck to play as it is fairly evenly split across both resources. The very nature of DO makes it one of the most thought provoking, punishing, and exciting decks to play.