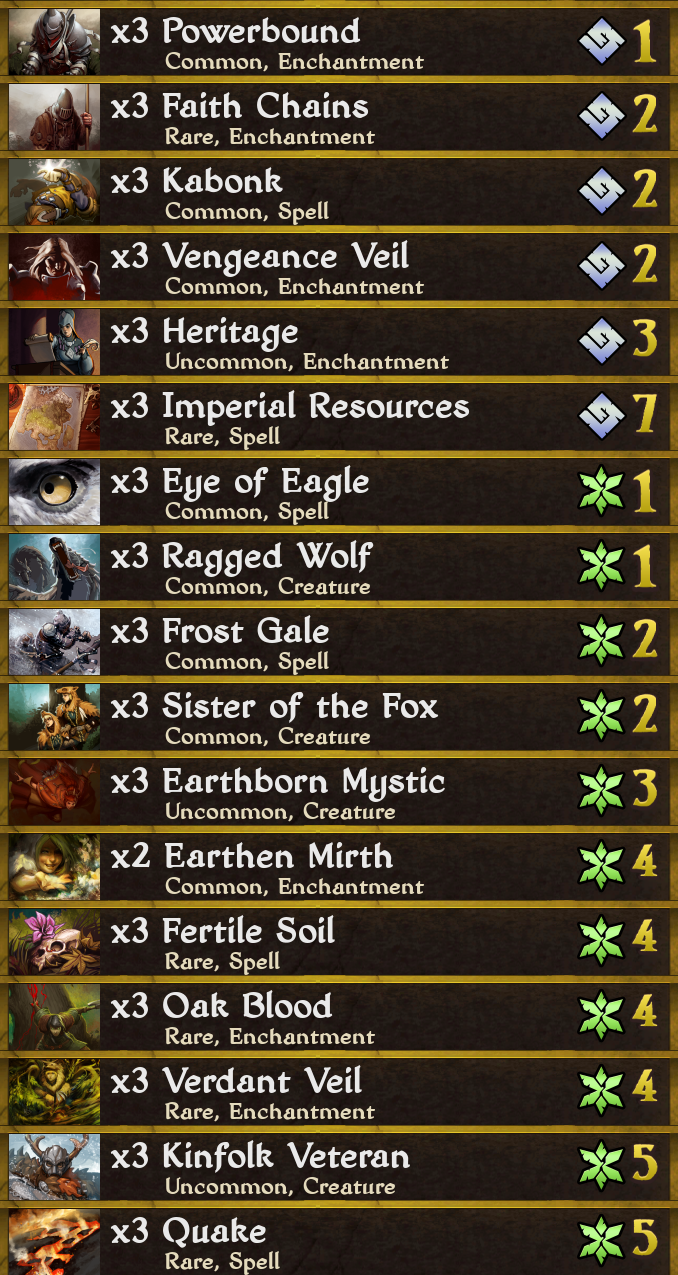 I hope this doesn't break the game. I've done some limited testing and if it gets rolling it is super powerful!

The Combo that makes the deck work:

How it works: Get out the Earthborn Mystic and get vengeance veil on it, in the ealy game you can usually get it to count down to 0 without much issue, later on you can hit it straight with kabonk to give it haste (vengeance veil has replenish so you can do this with 1O, 1W). When the countdown hits zero you draw, the damage sets off the vengeance veil and this in turn makes the countdown zero. You'll probably draw some health buff which means you should be able to draw 8 or so scrolls when the combo goes off.

3x Eye of Eagle - to get your Mystics out quicker

3x Sister of the Fox - cantrips, thins the deck allows you to easily play...

3x Fertile Soil - One problem you can get is a hand full of enchants and no creatures or spells, this gives you some draw

3x Powerbound - An enchantment, you can use this and heritage on your mystic while it is drawing and kill it for some ramp/draw (once all your health buffs have been used)

3x Imperial Resources - Because you can

Removal - Draw needs removal, we have some

3x Quaks - lots of resources means taxing isn't such an issue. Quake to board clear

Its still in early testing so there are probably lots of improvements you can make and different ways to go with the main combo. One I looked at is soldiers bond on your mystics to effectively give everything behind them haste and big relentless units to clear stuff out. Feel free to experiment.

Warning: Your hand will be full, it will take some time, people may rage.