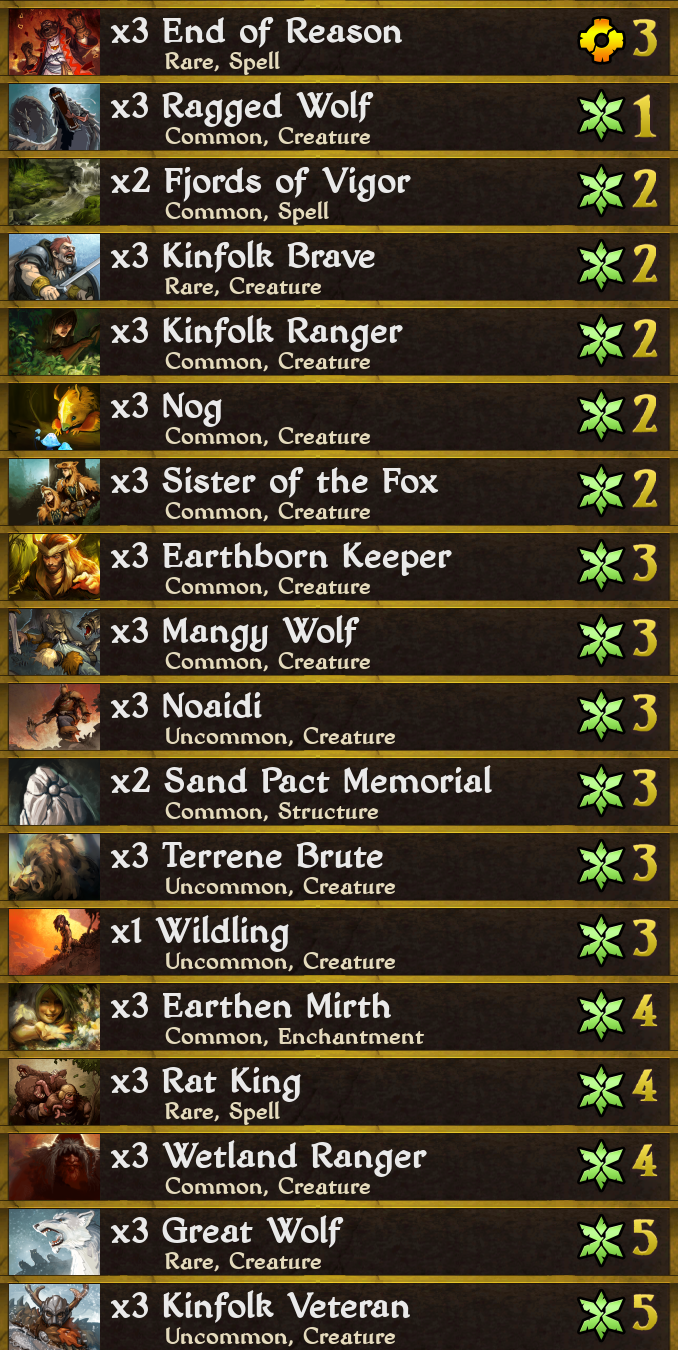 Basically my  Orchard Growth deck with the Orchards taken out and combined with a very quirky board clear in  End of Reason.

Never sac for Energy in this one (use the Noaidis and Sand Pacts when you need to cast EoR) and only use the End of Reasons when needed, either as a comeback or as a finisher to clear in front of the last idol on a stall board. Since your creatures are usually on 0 countdown, it will most often only clear their side - leaving you with attackers to take out the stragglers and idols.

Updated after Mystic nerf. Been playing this one again now, it feels as strong as ever in the current meta. Currently sitting at rank 2 with it (~1900 rating).

Easy swap after Mystic nerf. I get the same stats (2/2/3) from Ranger for one less Growth. Mystic's ability was never that important, it was really the 4 Health that made it shine.

This one I'm more uncertain of but Vaettr hasn't really impressed me for the functions I wanted it to fill (curve smoother, counting down Brute, cheap bolstering of Keeper). I'll try a single Wildling in it's place instead for now.

Have now gone up to 3 End of Reasons and 5 enablers (3 Noaidi + 2 Sand Pacts). Find myself wishing to draw into either piece of the "combo" more often in a lot of matchups. Shifted one Kinfolk Ranger into a Nog to trigger Fangbear slightly less often.