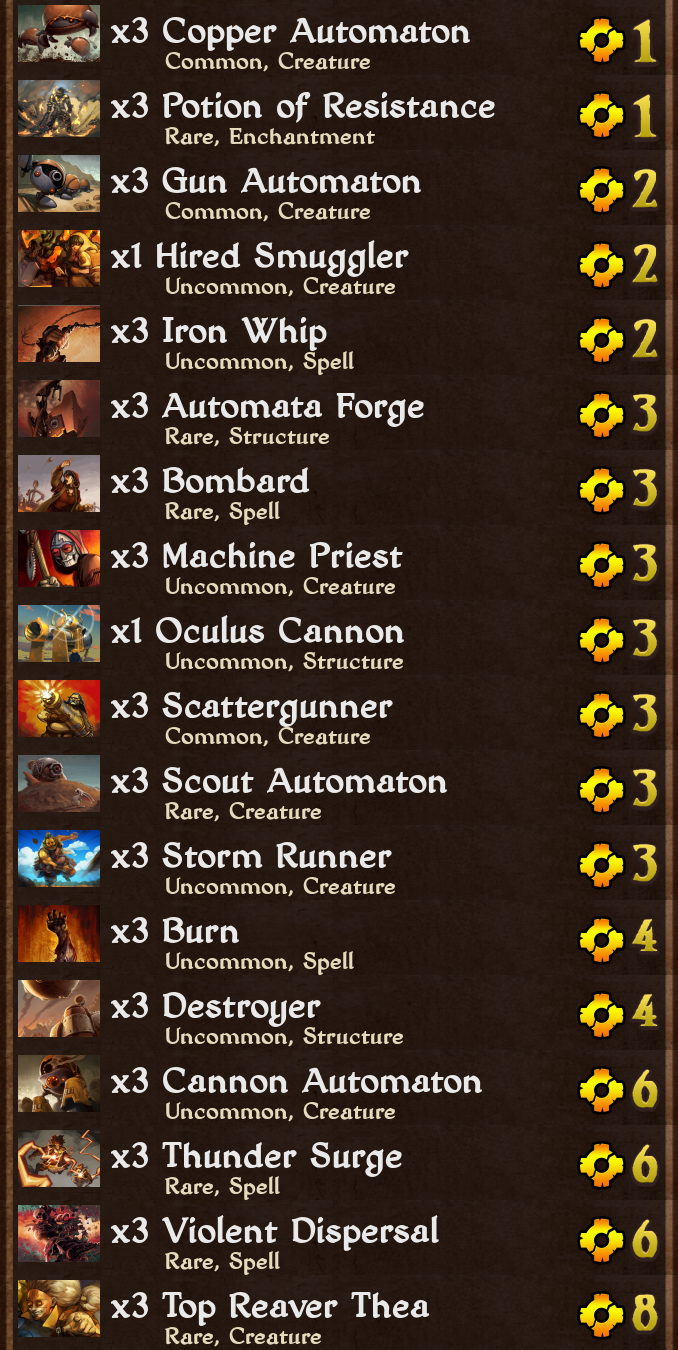 return of the automatons
Score: 0 - by clamlol - 6 years ago

This deck continues to be my most successful despite having been made a couple months ago.  It has no ways to ramp or increase current Energy, no cantrips except for Burn, no 5- or 7- drops to fill in the curve gaps, and a couple of oneoffs, but despite all that the units included in it generally have enough Helath to tank it until board control is won.  Some of the more non-meta scrolls are explained here:

-Scattergunner: Considering the deck has 3 Scout Autos and 3 Machine Priests, replacing this guy with Replicaton might make the deck stronger, but it's still nice to hava a guaranteed 4-attack thing to take down units.

-Machine Priest: It may not attack, but the buffs it provides can be tremendous, especially to Destroyers and token Gun Autos.  It's also not Burnable, unlike Scout Auto.

-Destroyer: I'd forgotten how good these things are at board control.  Place one down as a wall that stops units from moving to a good position or play it with an Iron Whip and a Machine Priest for a whopping 4-damage Lobber attack.

-Cannon Auto: I made this deck primarily to convince myself that these things weren't underpowered, so that's how it got here :P.  While I still don't consider it a particularly strong 6-drop, this deck has shown me how useful it's instakilling capablilities can be as far as giving the opponent something to worry about is concerned.

So ya, that's about it.  Feel free to suggest improvements (I'd especially like feedback on whether or not Replicaton is a better fit for this deck than Scatergunner) and have a good time playing with it.